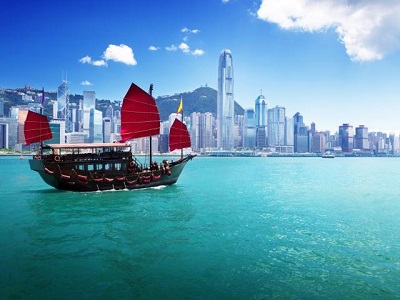 Starting today, the Hang Seng Index now features the likes of Alibaba, Xiaomi, and WuXi Biologics, after the new lineup on the 50-member index was announced some three weeks ago. The stock benchmark managed to overcome early losses to climb higher as the new trading week got underway, with all three debutants also attempting to start off on the right foot. At the time of writing, Xiaomi shares are edging higher, while Alibaba and WuXi Biologics are in the red. Still, the inclusion into the city’s benchmark index had been a boon for the three new entrants since the announcement was made on August 14th. Over the past three weeks, Alibaba’s shares in Hong Kong had climbed by over 12 percent, Wuxi Biologics advanced more than 16 percent, while Xiaomi surged nearly 60 percent!

Asian stock markets are mostly in the green on Monday, as it tries to bring a halt to the selloff in global stocks. The MSCI’s flagship global equity index fell 2.28 percent last week, its largest since the week ending June 12th, which brought an end to a run of five consecutive weekly gains.

Investors’ nerves have been left understandably raw after last week’s selloff, led by US tech stocks. US futures are now mixed, with the slight gains in the Dow Jones futures offset by the declines in their Nasdaq 100 counterparts. European futures however are moving decisively into the green at the time of writing. The rest of the world will have to tow their own line today, with US markets closed for Labour Day. Perhaps US market participants could use the longer weekend to mull decisively whether to extend the slide in US equities or bring a halt to the latest selloff.

Investors will also be eyeing key event risks, such as the fate of the next round of US fiscal stimulus measures, in perhaps deciding how US equities should fare over the near-term. A longer delay to another injection of support for the US economy however could mean further losses in US tech counters, with the Nasdaq 100 having already flirted with a 10 percent correction last week. The resumption of Brexit talks, as well as the ECB policy decision later this week, all add to the potential event risks over the coming days.