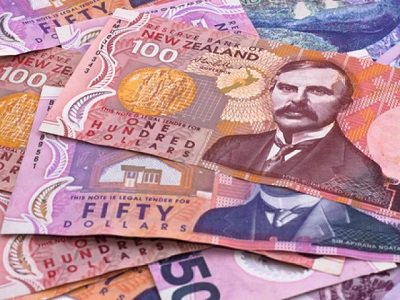 The New Zealand Dollar weakened against every single G10 currency this morning after the Reserve Bank of New Zealand (RBNZ) shocked markets by cutting interest rates by 50 basis points - bringing the official cash rate to a record low of 1%. 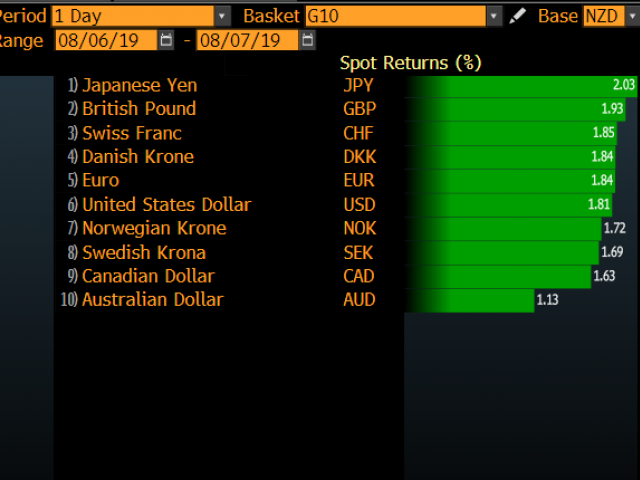 According to the central bank, "Global economic activity continues to weaken, easing demand for New Zealand’s goods and services" while “Heightened uncertainty and declining international trade have contributed to lower trading-partner growth”.

With the RBNZ purchasing premium tickets on the global monetary easing bandwagon and signalling further cuts, the New Zealand Dollar is positioned to weaken further. This is already being reflected in the NZDUSD which tumbled a staggering 150+ pips to levels not seen since January 2016 below 0.6400.

The technical picture is extremely bearish on the daily charts with bears exerting pressure on the 0.6400 level as of writing. Sustained weakness below this level will signal further downside with the next key point of interest at 0.6350. Alternatively, if 0.6400 proves to be a reliable support, prices have the potential to rebound back towards 0.6850 before resuming the downtrend. 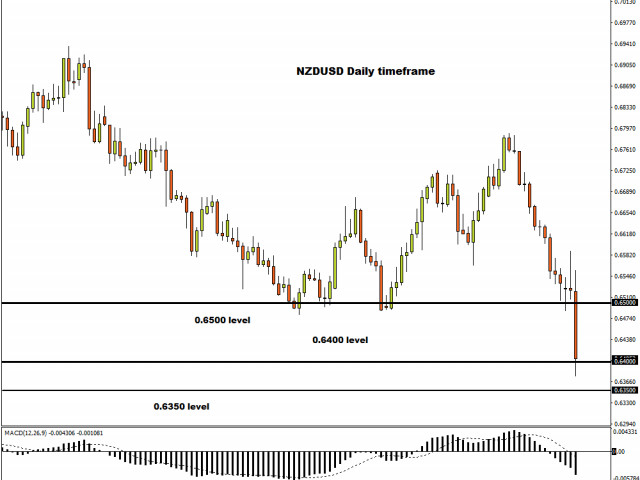