The high flying kiwi has seen some huge drops after the recent election results, as the market has shot back at the recent policy announcements from the new NZ government. While only slightly left leaning there is concern around some major changes in foreign investment and immigration, both of which have been large benefactors for the NZ economy as of late. The main concern though is the changes to the Reserve Bank of New Zealand. Heralded as one of the most independent central banks in the world the government is looking to change its capabilities all together and make it more akin to the Federal Reserve which has a dual mandate of full unemployment and inflation stability. For investors this is a large amount of uncertainty as tweaks to the small print can have large effects on the economy, and given some of the politics at play it's quite the fright for many. I would expect it all to stabilise, but for the moment the bears are in full control and any USD strength could further compound the NZDUSD weakness we are seeing. 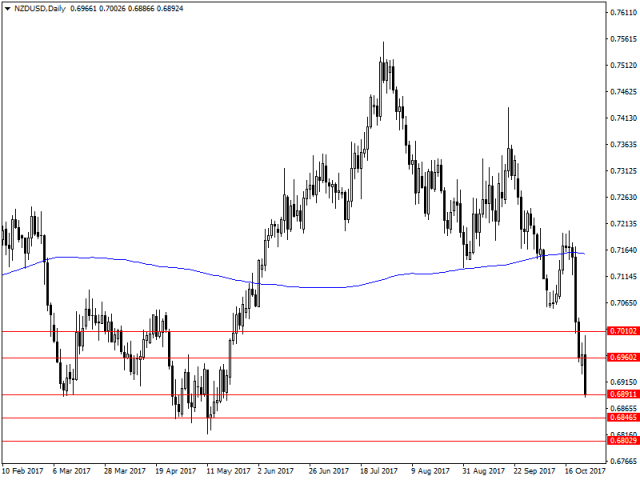 For the NZDUSD the bottom is a big question, but there are key levels that traders are looking to hit after today. After smashing through the 70 cent psychological level the market is trending lower and support is likely to be found at 0.6846 and 0.6802, with the possibility major support found at 0.6693 if the bears look to really take control. In the event we surge of some support in the market we resistance is likely to be found at 0.6960 and 0.7010 on the charts. Nonetheless, I would be cautious about any bullish movements given the changes at hand as well as the market's bearish attitude at present after 3 very large sell-off days recently.

Another key pair for the NZD traders that will be closely watched is the AUDNZD which has been very bullish in the past few weeks. Traders will be increasingly keen to play off any movement later tonight from Australian CPI data which markets are expecting to be strong. So far the movements higher have been justified but if we get a weaker NZ government and strong CPI figures it would be make for some strong volatility. 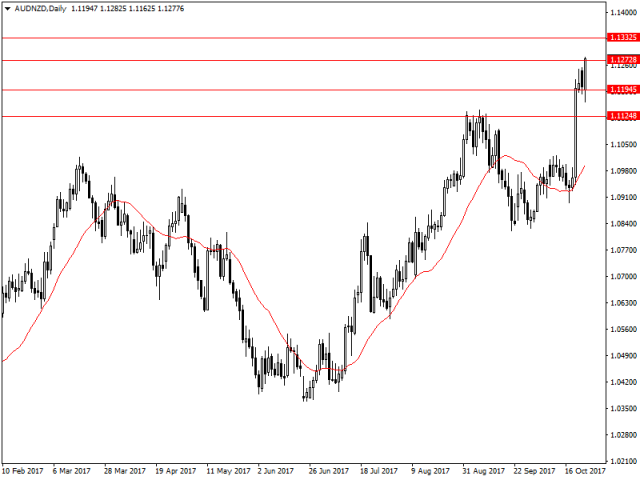 Thus far support can be found at 1.1194 and 1.1124 with the 20 day moving average miles away from really adding any impact for technical traders. The only place it would be useful would be on the H1 time-frame where it has had a medium impact thus far for shorter timeframes. Resistance levels can be found accordingly at 1.1272 and 1.1332 with the potential to push higher if we do see that weakness continue in the NZD. Expectations are high that we could see the AUD return to being quite the dominate currency compared to what it has been recently. So traders will be watching this one with a large amount of interest as well.