The NZ economy had a good start to the week as the Trade Balance data beat estimates coming in strongly at 640 million (-120 mil exp), this was led in part by a much more positive export reading of 5.55B (5.0B exp). So far these signs have help bolstered the economy after the recent change of government and the fear that businesses had about that change. However, the NZDUSD has failed to budge on the basis that the USD is much stronger than anyone expected and all major pairs are struggling to find some ground after the previous week of weakness for the USD. If the NZ economy does continue to perform then we could in theory see a return of 75 cents in the near future, and the prospect of further interest rate rises.  I would expect that the Reserve Bank of New Zealand will be looking favourably on these results, minus the stronger NZD as always. 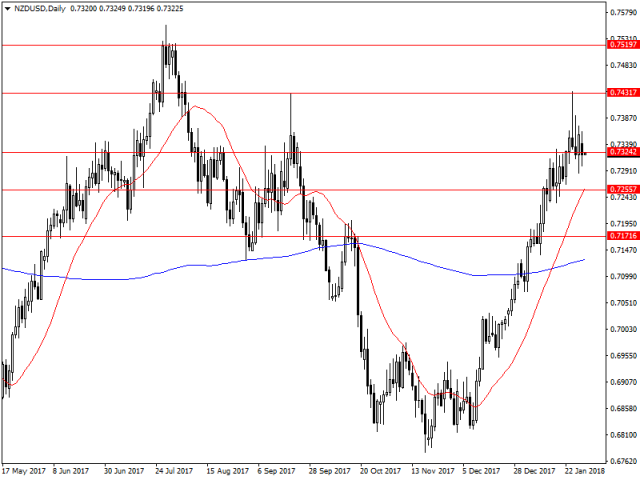 On the charts the NZDUSD has struggled to find ground as mentioned above due to the strengthening of the USD. This is a surprise given that trade balance data normally gets the bulls moving in the market. The NZDUSD recently topped out at 0.7431 after hitting some tough resistance and overstretching. Support at 0.7324 is currently holding back further falls, but it could be a matter of time before we see further pressure on 0.7255 and 0.7171 on the chart. Expectations for some bearish pressure are probably there if the USD continues to strengthen on the charts, and I would not be surprised to see it fall further.

The USD has found some support today finally in the markets and drove back most of the major pairs as the bulls returned. One of the most interesting pairs for this week though has been the GBPUSD as the bulls have returned and the political situation in the United Kingdom continues to look stressed, something which could put pressure on the Pound. Is it time for a GBPUSD correction after some large gains last week? It could well be in this instance, and so the GBPUSD is a clear winner to be watching this week as things unfold further. 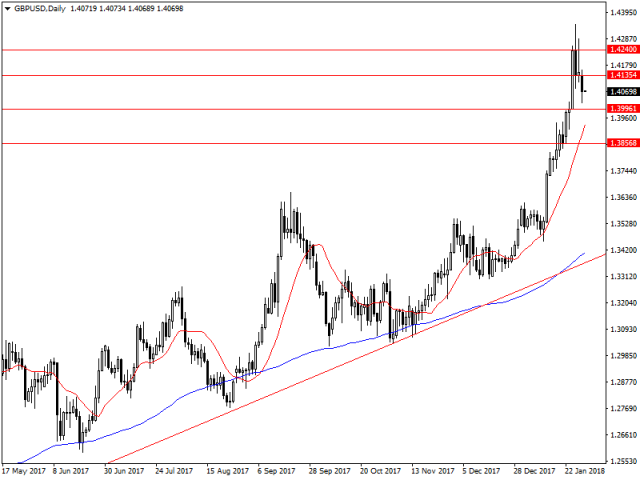 Looking at the GBPUSD from a technical perspective it's clear to see that despite recent observations about bullish sentiment there is plenty of room to move lower for a correction. At present the 20 day moving average is becoming as dynamic support on the chart, as well as support levels at 1.3996 and 1.3856 accordingly. Resistance levels can be found at 1.4135 and 1.4240 as well, but I would be surprised to see these tested unless we saw positive news on Brexit or the USD bears take another swing at things.