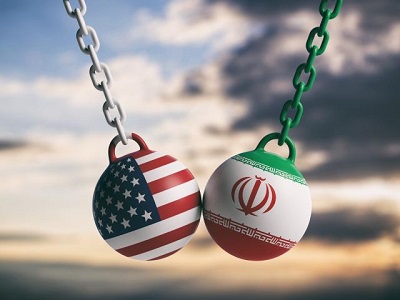 2020 was supposed to be the year where the global economy bounces back to life after the US and China trade tensions thawed and investors got more clarity around Brexit. Events over the last week have undoubtedly put this outlook at risk. The US killing of a top Iranian military commander in Iraq is not likely to stop a war as President Trump claims, instead this act could set off new conflicts in the Middle East that may have global consequences.

Over the weekend, Iraq’s parliament voted to expel US troops, Iran announced it will no longer adhere to the 2015 nuclear deal limits and three Americans were killed in Kenya in an attack on a military base by a jihadist group. While no one knows what will happen next, investors have pushed oil above $70, up $4 since the conflict started, and gold has surged to its highest levels in more than six years.

In September, a drone attack on Saudi Arabia’s Abqaiq crude-processing plant sent Brent prices 20% higher, but those gains were rapidly reversed as production was quickly restored and markets saw it as a short-term risk event. In the current environment, it’s hard to tell whether we’ll see a larger disruption in oil supplies that could send prices much higher.

Interestingly, we note some investors are buying call options near $100 to insure or profit from massive price spikes. They are predicting that Iran will target shipping in the Strait of Hormuz, which is responsible for a fifth of the world’s oil supply flow. If this strait is blocked, even for a short period, it will lead to prices skyrocketing. At $70-$80 a barrel, the global economy is not likely to feel much impact from this rise in prices, but as we get closer to $100 there will be severe consequences, which would trigger steep selloffs in equity markets.

Another asset benefiting from escalating Iran-US tensions is gold. The yellow metal has breached last year’s high and resistance level of $1,557 and looks to be heading towards the psychological level of $1,600. In times of political and market uncertainty, there is no better alternative to buying gold and despite looking overbought on the charts, the rally will continue as long as uncertainty stays high.

Investors will remain on the defensive today and expect equities in Europe and the US to follow Asian markets lower as everyone now awaits a possible retaliatory response by Iran. This may not be an immediate one, but rather a protracted event which investors need to carefully calculate when determining their portfolio’s risk.