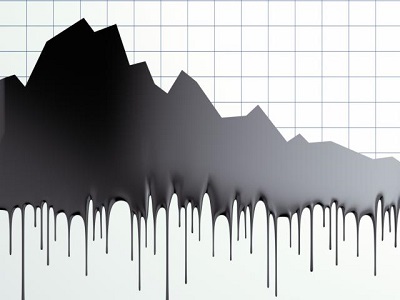 Spot prices for Crude Oil dipped below the psychological $24/bbl line briefly amid rising concerns over the glut in global supplies. The futures market is faring even worse, with contracts for physical crude Oil that’s to be delivered in May falling to a 21-year low, having plummeted by over 15 percent to currently trade below $16/bbl.

Brent spot also began the new trading week on the back foot but is faring slightly better than its US counterpart. Still, Brent is struggling to keep its head above the $30/bbl psychological level for long, despite the OPEC+ pledge to lower production levels by 9.7 million barrels per day starting next month.

Covid-19 has caused global demand to shrivel up, leaving US producers with excess supplies but with dwindling space to store physical crude. Given the shutdown to the US economy, Oil inventories in the States could hit a new record high in May, exceeding the previous record of 1.374 billion barrels that was recorded in August/September 2016.

This has prompted some physical crude Oil to be sold for as low as $2/bbl. If the situation deteriorates further, producers may have to actually pay customers to take the Oil, as was the case with Wyoming Asphalt Sour in mid-March when a barrel was sold for negative 19 cents.

Oil is clearly in dire straits, and is at the mercy of the coronavirus. Until the outbreak has peaked and the global economy can begin its journey towards a recovery, Oil prices are expected to remain lethargic as supply-side intervention is deemed inadequate in offsetting the demand-side’s downside risks.