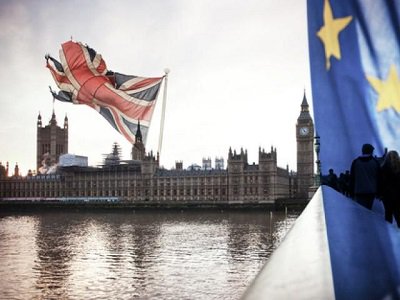 Sterling exploded higher on Monday, gaining roughly 0.8% against the dollar after the Brexit party said it would not contest Conservative seats in the upcoming election.

This surprise development certainly comes as an early Christmas gift for Prime Minister Boris Johnson ahead of the December 12th election. Given how the prospects of a decisive Conservative win will provide some sort of clarity and direction on Brexit, the Pound is positioned to push higher in the near term. However, it will be unwise to completely rule out the possibility of Britain leaving the European Union with no deal in January 2020 thanks to the unpredictable nature of Brexit.

The fact that Sterling has appreciated against every single G10 currency despite the soft GDP data published on Monday continues to highlight how the currency remains mostly driven by Brexit and political developments. Economic growth in the United Kingdom rebounded by 0.3% during the third quarter of 2019 but annual growth was the weakest seen in almost 10 years at 1%.

Looking at the technical picture, Pound bulls are in the driving seat with prices trading around 1.2885 as of writing. A solid daily close above 1.2890 should open the doors back towards the psychological l 1.3000 level. Alternatively, sustained weakness below 1.2890 may invite a drop back towards 1.2790.

Gold sinks deeper into the abyss

Gold tumbled to a three-month low on Monday thanks to the improving market mood and cautious optimism over US-China trade developments.

The precious metal burned its way through the $1455 support level as the risk-on mood quelled appetite for safe-haven assets. Although the precious metal could extend losses in the near term towards $1440, downside losses are likely to be capped by global growth concerns and lower interest rates across the world.

Taking traders will continue to closely observe whether bears could drag prices towards $1440. Should this point prove to be a reliable support, a technical rebound back towards $1470 could be in the cards.