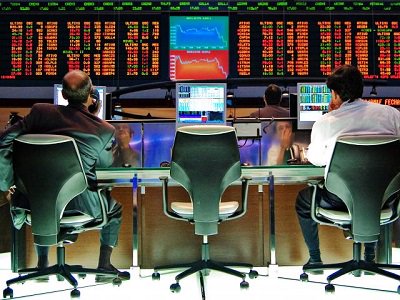 Traders are taking advantage of a lull in news flow stemming from US-China trade tensions to send Asian stocks higher, after the S&P 500 posted a third consecutive day of gains following strong US corporate earnings and economic data. Risk appetite appears to be making a mild comeback, with Gold dropping towards the $1,286 mark after breaching $1,300 earlier this week, while USDJPY is inching back towards the psychological 110 level.

Having learned their lessons from recent weeks, market participants will have to think long and hard before charging head-on into riskier territory over the near-term. The global economic outlook remains delicate, compounded by the uncertainties surrounding US-China trade ties as well as pockets of geopolitical tensions around the world, risk sentiment doesn’t yet have a strong leg to stand on, which warrants adopting a cautionary tone for the time being.

Meanwhile, the US Dollar Index climbed 0.4 percent and is currently trading around the 97.8 handle for the first time in two weeks, after positive US data offset earlier disappointing economic indicators. The stronger Greenback translated into declines for most Asian currencies, except for the South Korea Won, Philippine Peso, and the Offshore Chinese Yuan, at the time of writing.

GBPUSD is testing the 1.28 support level for the first time since February, as the Pound endures its longest run of losses against the Euro since 2000. An added layer of uncertainty now hangs over the Brexit outlook, as UK Prime Minister Theresa May has agreed to begin the countdown to her tenure starting next month. May will first have to focus on a last-ditch attempt to get her Brexit deal approved in Parliament during the week of June 3, before working on a timetable to find her successor.

The Pound is reacting negatively to such political uncertainty, as markets try and ascertain what a new UK Prime Minister might mean for the Brexit path ahead. The downside for the Pound may be exacerbated should the vacancy for the top job be filled by a hardline Brexiteer, which then risks the return of a no-deal Brexit.

The Aussie Dollar has the dubious honour of being the worst performing G10 currency so far in May, as Australia gears up for its May 18 federal elections. Domestic political risk adds to the downward pressure on AUD, as Australia contends with soft economic data, both domestic and also external, which are raising expectations of an interest rate cut by the Reserve Bank of Australia. Given the bearish outlook for AUDUSD, the currency pair looks likely to open a path towards the 0.68 level.