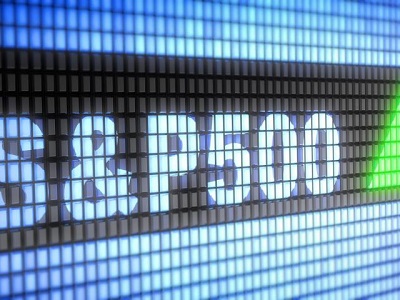 After teasing investors over multiple attempts in recent trading sessions, the benchmark US stock index has finally registered a new record high after closing at 3389.78 and fully wiping out its losses since the global pandemic began. The S&P 500 is now up nearly five percent on a year-to-date basis, and US equity futures are inching higher at the time of writing.

Looking back at past instances when the benchmark index broke even following a bear market, the S&P 500 has historically added another 4.5 percent over the ensuing six months, with the next peak arriving after climbing 71 percent on average.

From a fundamental perspective, equity bulls are hoping that the next round of US fiscal support measures can be rolled out sooner rather than later, in order to preserve the economy’s recovery momentum. House Speaker Nancy Pelosi’s recent suggestion that Democrats are willing to compromise with Republicans may pave the way for the stimulus package’s eventual approval, potentially translating into more near-term gains for equities.

Investors also have to remain vigilant over the rising US-China tensions, which threatens to meaningfully erode big tech earnings. Such a risk could hobble the S&P 500’s primary driver that has propelled the index back to its lofty heights.

At least the Fed is ensuring a steady tailwind for equities, having rolled out unprecedented monetary stimulus. Considering the ultra-low yields in fixed-income assets, all that money in the system is finding its home in stocks.

And once a vaccine is ready for mass rollout, that could be the “pedal to the metal” signal for more market participants to charge head on into equities, potentially at the expense of safe have assets such as Gold.

Dollar in the doldrums

Looking beyond US equities, the Dollar index (DXY) has pushed itself off the 92.1 support level, even as it remains near its lowest levels since May 2018. Markets are expecting more Dollar-weakness to come, which is what the world needs in order to improve the global economy’s prospects at a post-pandemic recovery.

The upcoming release of the latest FOMC minutes could trigger another leg down for the Greenback, especially if there is an obvious sign that the Fed is willing to tolerate faster US inflation. The US central bank’s forward guidance, or potential cues on its asset-purchase plans, could also make for a more conducive environment for equities to explore new record highs, while potentially unravelling more of the Dollar’s gains from the past two years.