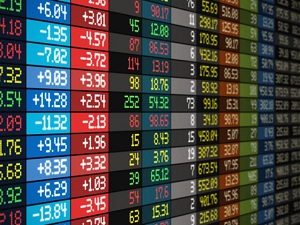 The US economy continued another day of fighting back on the economic front as JOTLS job openings came in at 6.17M (6M exp) showcasing that the US labour market still has a lot of room to move and grow in the current economic environment. Traders were also taking a long term outlook on US equities which will benefit from rebuilding the hurricane damaged areas and flooded regions, but also there was the Apple announcement today. Leading on from all of this was the S&P 500 which of course continued its bullish streak and extended to 2499 today in a record setting attempt for equity markets. It's been a record amount of time since we last had any major economic downturn, but equity markets continue to enjoy the limelight, and rise on the back of recent events. 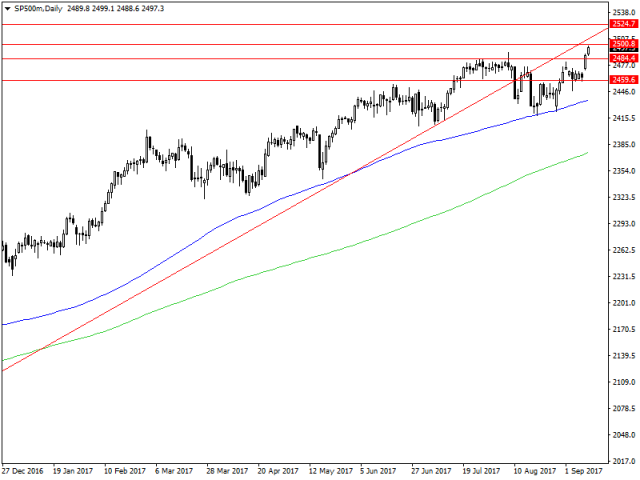 I spoke candidly yesterday about the current state of the S&P 500 and how it was playing off the weakness in the FED and the lack of a rate rise. The technical's are sometimes just a side-show, but in this case there is certainly further room on the upside with a breakout like this and we are in uncharted territory after all. I believe there is still room for the bulls to run with and if they can push through the 2500 mark they will likely extend to 2525 on the charts. As reiterated from yesterdays article support is likely to be found at the 100 day moving average, in the event the bears took a swipe and tried to push it down lower.

Across the Atlantic and the GBPUSD took centre stage today as inflation figures were released showing CPI Y/Y lifting to 2.9% (2.8% exp) showcasing that inflation was truly alive and well in the UK economy. However, there is the case of a weakening currency which has been putting pressure on prices with its largest trading partner the Euro. Effectively it feels like this has had a big impact. Nevertheless, the Bank of England has its statement due out on Thursday and it's likely to be more hawkish based of these figures. I would be very surprised to see any movement in interest rates as this could be more a one off thing with the currency movements. 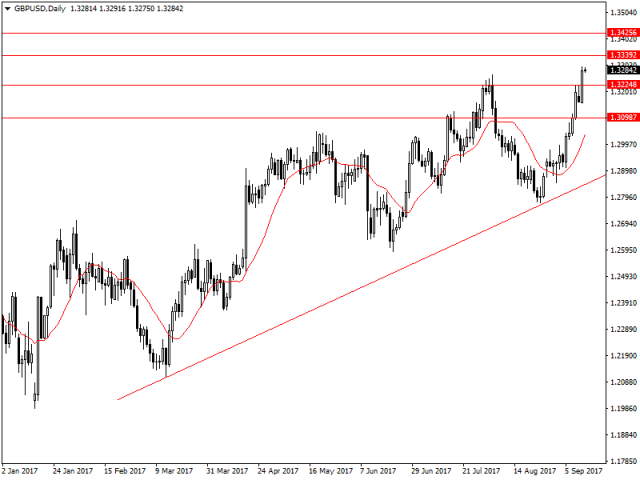 GBPUSD traders will be looking for key resistance levels and they can be found at 1.3339 and 1.3425 as the market starts to trend upwards. With the BoE likely to come out swinging after inflation figures expect the market to look to jump and target these key levels. If we do see bearish sentiment creep back into the cable, then support levels at 1.3224 and 1.3098 are likely to be the next level targets going downwards, with the long term bullish trend line acting as the final level of support if markets really do start to go south.