The UK got no shocks today as inflation figures remained elevated at 3% y/y (2.9% exp), this was in line with the Bank of England's assessment in recent weeks that inflation figures would remain elevated in the coming months and required the bank to tighten monetary policy quicker than anticipated by pushing interest rates higher.  For some time now analysts had expected some interest rate lifts from the BoE, but Brexit cast a shadow over that as some BoE forecasts expected a drop in the economy. However, it seems that rates will have to rise now and the current inflation figures will certainly put pressure on real wages and households in debt - which will be a cause of concern for the BoE as it looks to raise rates. 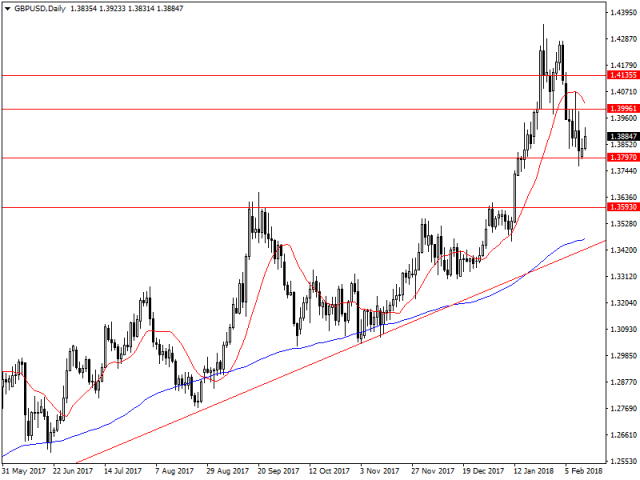 For the GBPUSD it's been so far positive in response to everything as traders expect interest rates to rise further. As a result we could see some bullish movement against most of the minor pairs and of course the USD as a result. At the same time the USD is also set to move interest rates higher and some are expecting the US to be quicker of the mark, so it's something to digest when looking at the long term time horizon. Right now the GBPUSD looks like it will potentially continue its bullish run after a correction and resistance levels can be found at 1.3996 and 1.4135 on the chart. Support levels can also be found at around 1.3797 and 1.3593, with any potential falls below this level likely to be picked up by the bulls at the trend line and 100 day moving average.

Oil bulls will be looking for some sort of bounce today on the positive news coming out of the International Energy Agency, which increased its forecasts for 2018  to 1.4 million barrels per day (1.3 prior). This is a nice jump, but at the same time it comes with a warning that non OPEC countries are likely to lead the way when it comes to oil output, with the US expected to overtake Saudi Arabia and even Russia when it comes to global oil output. However, OPEC has shown it's willing to take a hit to keep prices higher and not get into a war with US producer who have shown that they can be incredibly efficient when tested in the market. The market as a result is currently taking a breather while it digests the data and looks at future forecasts. 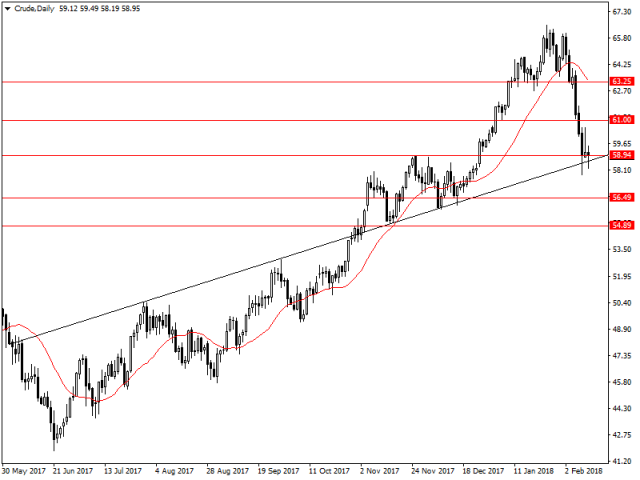 From a technical perspective support at 58.94 has been the major level that has held back the bears recently. At the same time the strengthening of the USD has of course had a bit of a toll as well. There is a trend line though in the market that so far has managed to defy expectations and hold back movements lower, but I wouldn't rely on it just yet. For me if the bears do drift lower then support levels can be found at 56.49 and 54.89. On the upside, if we see the bulls come back into the market then resistance at 61.00 and 63.25 are likely to be strong targets for traders.