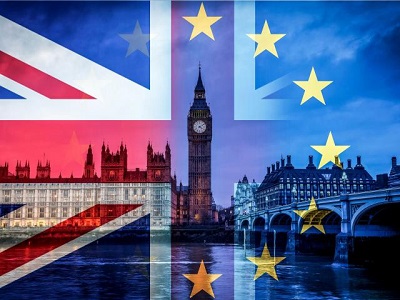 GBPUSD is trading around its highest levels in a month, having briefly breached the 1.25 psychological level. Sterling, along with the rest of its G10 peers, has been able to take advantage of the waning US Dollar at the onset of June as they try to pare back their year-to-date losses. Even with its recent rally, the Pound remains over 5.8 percent weaker against the Greenback compared to the start of the year.

UK and EU negotiators are resuming talks today to try and reach a post-Brexit trade deal. If both London and Brussels fail to come to an agreement, at least to extend the transition period beyond 2020, then such a scenario raises the prospects of a hard-Brexit at the onset of the new year. Hence, any development surrounding these June talks could trigger bouts of volatility in Sterling.

For the time being, traders are looking past such concerns and focusing instead on the UK economy’s post-pandemic recovery. The government is set to announce an economic stimulus package next month, which is expected to help mitigate the economic damage from the coronavirus outbreak. Such optimism is curbing the pessimism surrounding Sterling, with Pound-Dollar one-month 25 Delta risk reversals showing that traders have grown less bearish on GBPUSD since March.

From a technical perspective, GBPUSD appears to have more room to run to the upside, with the currency pair yet to venture into ‘overbought’ territory, judging by the 14-day relative strength index. Sterling’s next advance against the Greenback may be capped below the 1.265 line, as was the case on two separate attempts in April. It remains to be seen whether GBPUSD has enough momentum to actually breach that 1.265 resistance level over the short-term, although I’m fairly certain the Dollar will have a major say about that.