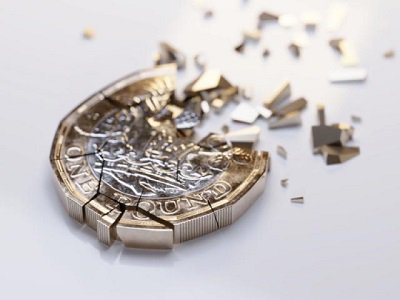 The past few days have offered investors a bitter appetizer on what to expect in the months ahead after Boris Johnson became the new UK Prime Minister.

A severely depressed and unloved British Pound, disagreements with Brussels and chronic uncertainty over Brexit are positioned to be key themes shrouding the UK economy this quarter. Intensifying fears of a no-deal Brexit under Johnson’s leadership are already being reflected in Sterling which is weakening against every single G10 currency today.

Michael Gove’s comments over the weekend on how the government is “operating on the assumption” that the UK will leave the European Union has certainly not helped matters for the battered Pound. With uncertainty over Brexit set to mount ahead of the October 31 deadline, the Pound is fundamentally bearish. 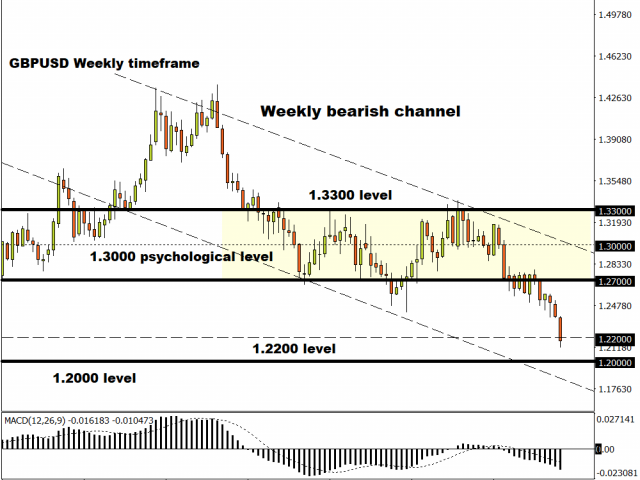 The Dollar jumped to a fresh two-month high against a basket of major currencies this morning ahead of the Federal Reserve rate decision on Wednesday.

With markets pricing in a 79% probability of a 25-basis point cut, attention will be directed towards the dot-plot and Jerome Powell’s press conference for fresh clues on when the Fed will cut rates again. Should the central bank sound less dovish than expected, expectations will most likely mount over the Federal Reserve holding off on further rate cuts beyond July. Although this will provide the Dollar with a welcome boost, the same cannot be said for global equity markets which have pushed higher on speculation over the Federal Reserve easing monetary policy.

The Dollar Index (DXY) has the potential to challenge 98.50 if an intraday breakout above 98.20 is secured.

Where Gold concludes this week will be influenced by US-China trade talks in Shanghai, the Federal Reserve meeting on Wednesday and most importantly, the US jobs report on Friday.

Gold will find itself under pressure if the Federal Reserve is less dovish than expected and US jobs data on Friday dishes out an upside surprise. With anything on the table, the precious metal may remain rangebound until a catalyst is triggered. Focusing on the technical picture, prices are trading around $1425 as of writing. An intraday breakout above $1430 should encourage a move towards $1450.