Sterling waits on Brexit talks, while NZD continues to suffer 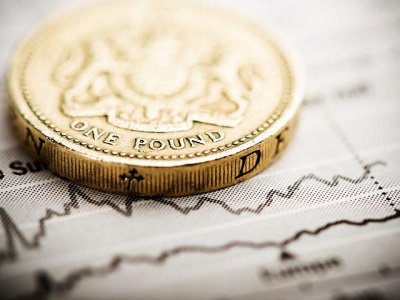 It's more news coming out of the United Kingdom as Theresa May has one again said she will speed up Brexit talks, but it looks increasingly like crunch time when it comes to the state of politics, and something's got to give. Certainly there have been a number of key movers in the market at present and a stronger USD has been putting a lot of pressure on a weak pound at present so it could be a recipe for some serious bearish action if things go bad politically. Markets will also be closely watching tomorrows GDP figures and current account balance as they're likely to paint a decent picture of the United Kingdom's economy, with some suspecting that it may be slowing down given the political issues that keep arising. On the charts the GBPUSD is coming across some major levels of support at present and the trend line that had potential is not holding up in this bearish climate. For the bears the next major support levels can be found at 1.2944 and 1.2798, but they're likely to be some serious showstoppers unless the bears get the data they need. If there are any bulls left they're likely to target resistance levels at 1.3171 and 1.3291 in the current market. While the bulls may seem like a myth at present in this market, any positive Brexit talks is likely to see a surge in the pound - based off past movements - so if things do move then resistance levels will certainly be key targets.

As expected the Reserve Bank of New Zealand was dovish when it came to the monetary policy statement following the official cash rate. So dovish in fact that it seems there is actually a future risk of a cut now if things get much worse, in order to stimulate the economy. The likelihood of any hike in interest rates now seems like it could be something we don't see until the end of 2019 which is some time off, and is likely to put a lot of pressure on the NZD in the markets. One other factor that will be watched closely is of course inflation as if it does drop further we could see the RBNZ look to potentially cut rates, but right now it's likely to keep a close eye on the economy and especially the exchange rate which it will be hoping drops further. Looking at the NZDUSD from a technical perspective it's currently held up at support at 0.6755 with the potential to go much lower in the current market environment. Bears in the market are likely to target the next level down at 0.6691, however I would also be focused on the potential bearish trend line in play which may also act as dynamic support and could see some bulls lurking. In the event the bulls can come back into the market and push things higher, then 0.6819 and 0.6856 are likely to be the major targets that the bulls will be gunning for.