The end of the week. Unemployment day

Happy unemployment statistics Friday, folks! As usual, the US publishes its Nonfarm Payrolls and Unemployment rate at 12:30 GMT. As for the NFP, economists expect a result of +164K . The Unemployment rate is expected to come out at +3,7% level. Let’s think about the possible facts. We recommend that you pay attention to the following ratios:

As we have already mentioned, the ADP released its result at +156K, which is better than the previous data. The previous reading was revised from +102K to 112K. This factor is positive.

4-week average jobless claims decreased to 211,5K. This is the lowest data since April. Thus, it means that the situation with employment may improve. 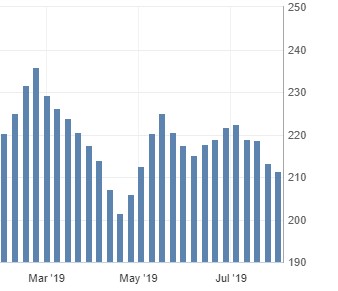 Challenger, Gray & Christmas published job cuts statistics on Thursday. The situation has been improving since May. In July, they fixed about 39K Job cuts, which is less than in June (42K). 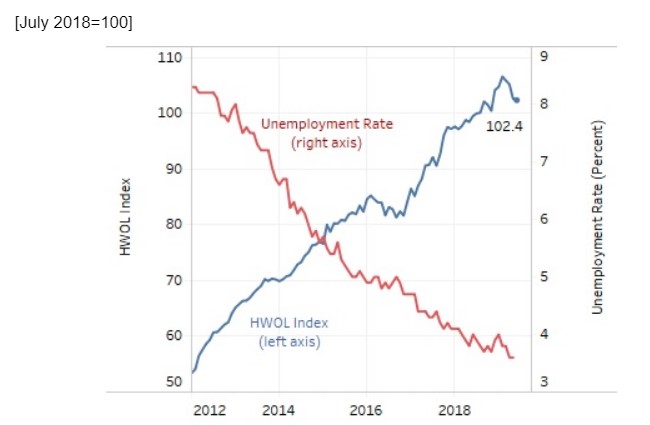 Summary: there are several positive and negative factors. The global situation is a little bit unclear. As a result, we don’t expect big deviation from the forecast–we think that unemployment rate may remain at the same level of +3,7%. We don’t expect the NFP to get over +200K.

As for the EUR/USD pair, it’s better not to do anything today if you are a conservative trader. Aggressive traders may try long the US currency. Good unemployment statistics may persuade traders that the Fed won’t act too actively in the future, so there may be a smaller chance of a rate cut.