The eve of NFP. Getting ready

High volatility is expected on Friday since the most important statistics comes out. All markets are waiting for the release of Nonfarm payroll and unemployment rate. Economists expect the NFP to come out at +160 K (the previous result was +164K). Unemployment rate is expected to come out at +3,7%. Both macroeconomic indicators are published at 12-30 GMT. Note that the Fed Chair J. Powell gives a speech at 16-30 GMT, 4 hours after the release.

Let’s check the key gauges in order to understand what result to expect.

As we have already mentioned, ADP Nonfarm Employment change in August rose by 195K.

According to latest statistics, initial jobless claims did not splash in August. There were almost no significant changes. Continuing jobless claims rose a little bit. 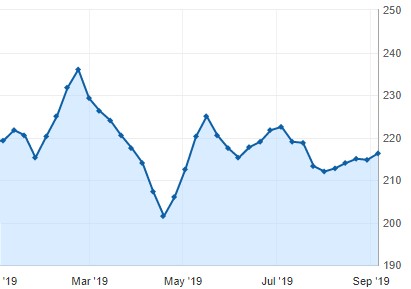 We have already mentioned this indicator before. On Thursday Challenger, Gray&Christmas published the reading of 53,480K.

Summary: we assume that the unemployment rate is quite likely to come out at 3,7% or higher, and NFP will not get over 200K. Today it is definitely better to avoid trading USD pairs.

We suggest a short-term idea for trading NZD/CAD today. New Zealand currency was weakening against the CAD from July 23 to August 30. The decline was followed by a reversal. Technically, the NZD attempts to break the 23,6% Fibo correction level (0,84751) and the local trend line, which is heading down. If it succeeds, the movement up will continue. The target will become 0,85544. The Indicators reversed. The MACD lines crossed each other, giving a buy signal, while the Williams %R is leaving its oversold zone and moving to its upper line. 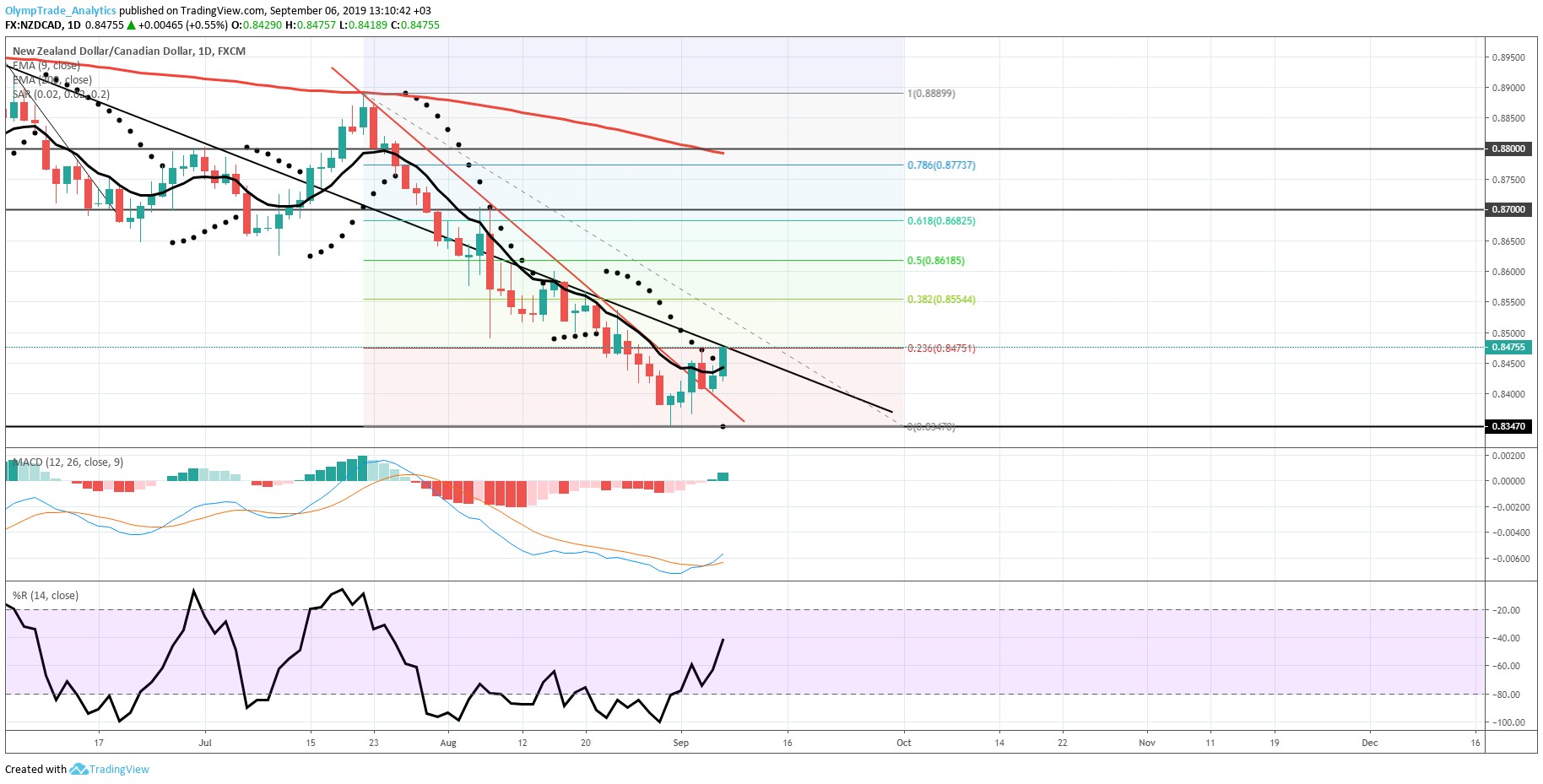 Results: aggressive traders might try longing right away, while more conservative traders should wait for a breakout.