The week ahead: US-China trade deal, ECB meeting and NFP in focus 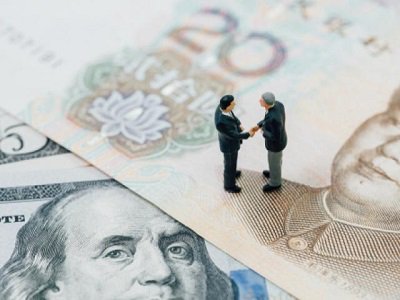 Asian equity markets entered the trading week on a front foot, following news that the United States and China were close to a breakthrough deal that could lift most, if not all, US tariffs on Chinese goods.

The key question is - will all tariffs will be removed instantly, or will they be gradually dialled back? While the renewed risk appetite is seen boosting European and US stocks, investors should consider how much upside is left, given that markets have been actively pricing in the possible resolution to the trade saga. Once this major chapter is closed, what will markets focus on next – global monetary policy, the global slowdown, or other major risks?

China will be in the spotlight this week, as the government announces its 2019 economic growth targets and five-year development plan at the National People’s Congress in Beijing on 5 March. In the leadup to this summit, the world’s second largest economy has seen growth moderating, due in part to the ongoing trade tensions. Hence, policymakers are said to be contemplating stimulus measures, such as a tax cut, to help boost domestic consumption. Should such measures be announced out of Beijing this week, these may serve as another catalyst for the risk-on sentiment going up a notch.

Focus turns to the European Central Bank meeting on Thursday, where monetary policy is expected to be left unchanged. The central bank will also be keeping an eye on what Beijing conveys to the rest of the world this week. China’s softening domestic demand has weighed on European exports, and a reversal of the trend would be welcomed by the ECB. Mario Draghi’s outlook for the Eurozone will be closely scrutinized this week, after having already highlighted downside risks to economic growth following the January meeting. With Eurozone’s factory output contracting in February, led by Germany and Italy and with new orders seeing their biggest drop in nearly six years, concerns remain elevated over the health of the Eurozone economy. The fact the ECB’s policy decision this week come hours after the Eurozone’s final reading on 4Q GDP suggests that this will be an eventful week for the Euro. I see a further deterioration in projections and a dovish Mario Draghi weighing heavily on the Euro this week.

Back in the United Kingdom,  Prime Minister Theresa May is reportedly getting hints that Parliament is now warming up to her Brexit deal. When considering how her deal was squarely rejected back in January, this is certainly a significant turnaround. The Pound is likely to remain sensitive and volatile ahead of a vote on the revised Brexit deal on 12 March. Although Theresa May has opened up the possibility of delaying Brexit beyond the 29 March deadline, lessons from the past have taught investors to always expect the unexpected when dealing with Brexit. The Pound’s outlook remains clouded by the endless uncertainty surrounding Brexit, and this continues to be reflected in the currency’s price action.

Across the Atlantic, all attention will be directed towards the US jobs report on Friday, which should provide insight into the health of the labour market. A string of disappointing economic reports from the United States coupled with a ‘patient’ Fed have fuelled expectations over the central bank taking a break on monetary tightening this year. Although the Greenback has displayed resilience against Trump’s comments about Dollar strength, the currency is likely to be seen depreciating if the jobs report fails to reach market expectations.