The week ahead: Draghiâ€™s turn to drag the Euro? 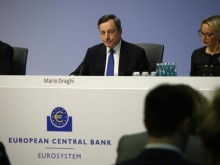 Last week the greenback was the biggest loser among all major currencies. The dollar index slipped to a 10-month low, while the Euro, the Pound, the Lonnie, and the Aussie all posted new 2017 highs.

The dollar has been falling since the beginning of 2017 despite the two rate hikes which occurred in March and June, and the many hawkish comments from FOMC members. Part of the blame falls upon the delay of President Trump’s economic agenda. However, most recently it was the poor economic data that led investors to question the trajectory and speed of interest rates hikes.

Janet Yellen’s testimony to Congress on Wednesday and Thursday did not help the dollar either. She did not seem confident that inflation is on the right path and Friday’s flat consumer price index raised concerns that the Fed may be done with hiking rates this year.  U.S. retail sales figures added salt to the wound after recording the biggest drop in more than a year in May falling by 0.3%. The sluggishness in consumer spending, wage growth and inflation will likely to worry Fed officials. Furthermore, if the weakness persists in the next couple of month, it will prove that the slowdown in the economy is not due to transitory factors but probably structural problems. Until data takes a U-turn, dollar bulls will remain reluctant to jump in and the dollar weakness may resume in Q3.

Next week investors will shift their focus to the European Central Bank and Bank of Japan. It has been almost three weeks since Mr. Draghi said, “Deflationary forces have been replaced by reflationary ones.” His confidence and bullish assessment of the euro zone recovery sent the Euro above 1.13 and despite the ECB officials attempts to dampen investors’ expectations over tightening policy the Euro still appreciated by more than 2.5% since June 27.

I think Mario Draghi will choose his words more carefully when the ECB meets on Thursday. The last thing he wants is a strong Euro and tightened financial conditions for now. Since no changes are expected on current monetary policy the tweaks in the statement and Draghi’s tone are all what matters to traders. It is a complicated process to start normalizing policy without disrupting markets and so while the ECB wants to prepare investors for gradual wind-down of asset purchases, policy makers are likely to hint that rate hikes will remain low for a prolonged period. However, I prefer buying the Euro on dips then selling on rallies with end year target around 1.18.

The dollar’s weakness drove Sterling to a 10-month high to trade above 1.31 for the first time this year. The pound also found support from BoE’s Ian McCafferty who said the central bank should consider unwinding its 435-billion-pound quantitative easing program earlier than planned and he’s looking to vote for a rate rise again in August. It seems that monetary policy is having more weight than the Brexit talks and if Tuesday’s inflation figures from the U.K. surprised to the upside, expect GBP to continue rallying. However, traders should also keep a close eye on Brexit negotiations which are going to resume on Monday.

China’s GDP release on Monday will be monitored very closely by Aussie traders. Markets are expecting a 1.7% rise in Q2 from 1.3% in Q1. The RBA minutes are scheduled for release on Tuesday followed by the employment report on Thursday. It requires another set of positive reports to further widen the differentials in bond yields; however, without a shift in monetary policy stance the Aussie gains are likely to be limited.