The New Zealand has been the weakest trade for Monday, but that was in part to markets holding off on economic data coming out the following morning. We now know why as trade balance data was much worse than expected at -1.24B (NZD) and exports dipped to 3.69B (4.63B prev). This will certainly raise eye brows for NZD traders but also the Reserve Bank of New Zealand who always takes a very careful approach when dealing with trade balance data. Expectations are now that the RBNZ may in fact look to hold off further rate rises if we see further weakness, especially in the labour market. A drop in the NZDUSD however may assist the RBNZ at the end of the day as it feels that at present it is overvalued when sitting in the 70 cent range and would prefer something in the low 60s; at a more traditional trade weighted value. 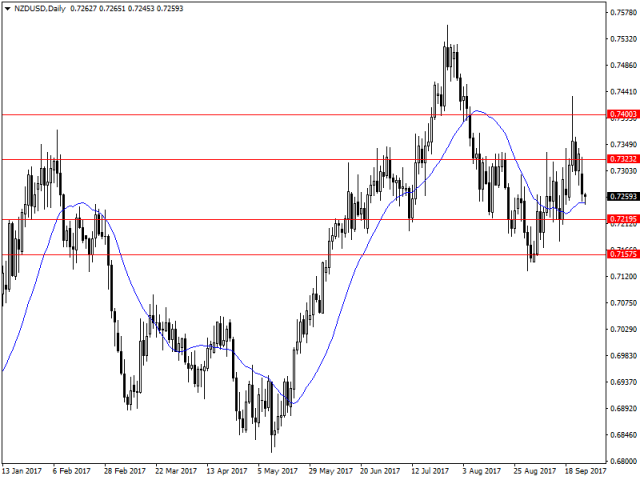 For the NZDUSD bulls the time may be up on the good run. It has been the case of a weaker USD helping drive commodity currencies higher and the NZD has benefited greatly accordingly. However, dollar bears have eased off and as a result the weakness in the NZD is starting to show. Thus far the 20 day moving average has acted as dynamic support for movements lower on the daily chart, but I feel it can't slow it much further. Support levels from a price standpoint can be found at 0.7219 and 0.7157; these levels are like to come under stress and a further extension below 0.7157 would pave the way for more aggressive bearish action. In the event that markets turned upwards I would be surprised but expect resistance to be found accordingly at 0.7323 and 0.7400, with 0.7400 likely to be the strongest resistance level at present in the market. Traders, however should also be aware that the RBNZ rate decision is due out Wednesday early morning GMT time and will carry some weight with the market, but it's extremely unlikely the rates will move at this time - the statement will be of the biggest impact.

Oil has jumped up the charts in an unprecedented move for a Monday trading day. The jump to resistance at 52.10 is a clear sign that oil has finally crossing back into positive territory. This should come as no surprise as demand has increased globally and the production cuts from OPEC are helping to reduce the glut that plagued the market over the last two years. 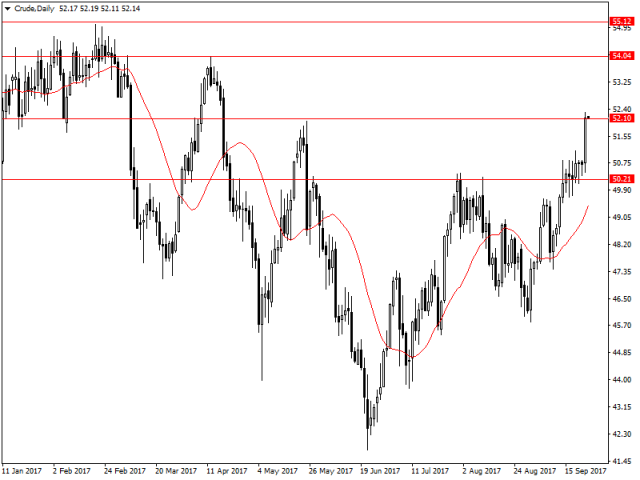 For traders looking to fade the bulls on this trade the next levels to target are 54.04 and 55.12 with the 55.12 zone likely to be a very strong candidate for bears to push the market or traders to look to take profit. It would be unexpected to see sharp falls from the current position unless we saw some major dollar strengthening. However, it seems to be a mixed bag for the dollar at present.