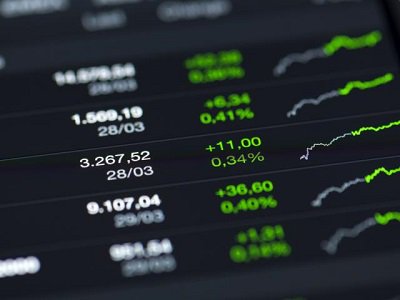 US equities rallied last week to new record levels with the Dow Jones Industrial Average breaching 28,000 for the first time. Soft economic data, Trump’s impeachment hearing, Hong Kong protests, and Middle East unrest were all considered secondary factors in investment decisions. Anticipation of a “phase one” trade deal between the largest two economies continued to be the major driver for stock markets.

Despite no new information on what the trade deal looks like or when and where it will be signed, positive headlines from US and Chinese officials are still driving equities higher. Late Thursday, White House Economic Adviser Larry Kudlow said, “we are coming down to the short strokes.” China’s Vice Premier Liu He had a phone call on Saturday with U.S. Trade Representative Robert Lighthizer and Treasury Secretary Steven Mnuchin, which has been described as “constructive discussions” according to state media outlet Xinhua.

From past experiences, it’s the final stages of the trade agreement where things get stuck. It remains to be seen whether this time we’ll get a breakthrough, but if no agreement is reached, expect to see a nasty selloff in risk assets.

Currency traders are also monitoring trade talks closely. According to the latest CFTC report, speculators raised their bullish bets on the USD, but given the weaker than expected US data, particularly industrial output which dropped to its worst level since May 2018, the greenback sold off against its major peers.

Expect major currencies to remain in tight ranges until the release of the minutes from the Federal Reserve’s October meeting on Wednesday. During his testimony to US Congress last week, Fed Chair Jerome Powell reiterated his message that the current stance of monetary policy remains appropriate as long as incoming information about the economy remain consistent with their outlook of moderate economic growth and a strong labor market.

Powell seemed to convince markets that there isn’t a fourth consecutive rate cut coming in December. According to the CME FedWatch Tool, speculators are seeing zero chance of a rate cut next month. However, they still expect a high probability of easing in 2020. What traders would like to know from the upcoming FOMC minutes is what thresholds are required for additional easing in the upcoming months.