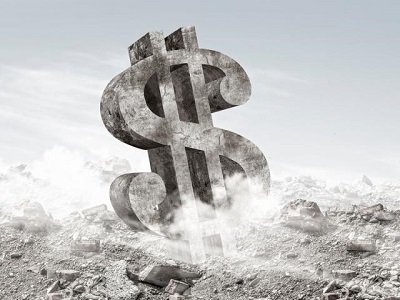 Investors were caught by surprise when the Speaker of the US House of Representatives Nancy Pelosi announced on Tuesday that she would initiate a formal impeachment inquiry against President Trump. The news led to a mild selloff in US equities with the S&P 500 ending the trading session 0.84% lower. It only took one statement from President Trump on Wednesday indicating that a US-China trade deal may happen soon, to put the bulls back in control. The market’s reaction to Trump’s statement tells us that trade remains the biggest factor influencing asset prices, and while we can’t completely rule out the impact of the impeachment proceedings, this is less of a factor currently driving markets.

After the White House released the transcript of the call with Ukraine’s President, markets became convinced that the Senate would just ignore it, unless there is additional evidence that he broke the law. At this point in time, the chances of impeachment are very slim.

The political mess may now encourage President Trump to accept an imperfect deal with China. After all, he needs to prove that he’s the master of deal-making, and now is the right time to raise his approval rating higher. If there’s further evidence that the fundamental outlook for the trade war is improving, we’re likely to see another leg higher in US equities.

Many traders were also surprised by the magnitude of the Dollar’s rally yesterday. The Dollar Index (DXY) is now only 0.5% away from its two and a half year high. While there’s no single reason to explain the Dollar’s strength, multiple factors are in play. The UK is facing a political crisis with Brexit, the Eurozone is near a recession, bond yields across the developed economies remain very depressed, and investors want a safe place to park their money. Despite the impeachment drama, the USD  continues to cement its place as the major safe haven currency. However, if the Greenback continues to march higher from here, expect Trump to push the Treasury Department to intervene in the currency.

In commodity markets, Oil has now erased most of the gains in the immediate aftermath of the biggest ever attack on Saudi Oil facilities on September 14. After reports showed Aramco has restored its Oil production capacity to 11.3 million barrels a day, supply risk premium has faded and focus has returned to the demand-side of the equation. However, I remain concerned on how the US-Iranian tensions play out in the next couple of weeks which means geopolitical risk premium may return to prices quickly.