U.S. dollar â€“ further sell-off or set for a rebound? 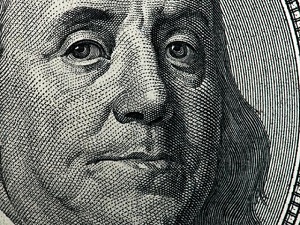 The dollar’s weakness and a surge in safe havens, were the central themes in the markets last week. The dollar index fell 1.4% in the past five trading days, taking the overall losses to 10.8% for the year. With market expectations of a U.S. rate hike in December falling below 40%, according to CME’s FedWatch, it appears that investors believe the tightening course for 2017 is over. Even Bond markets are showing more pessimism, with U.S. 10-year treasury yields dropping to 2.02% on Friday; the lowest since Trump’s election.

Despite the extension of the debt ceiling for 3-months and Fed officials being optimistic about the economy, the greenback still failed to rally. The resignation of the Fed Vice Chair, Stanley Fischer is likely to be playing a significant role in keeping the dollar under pressure. His departure leaves four of the seven Board of Governor's seats vacant, meaning that Trump can reshape the Fed’s policy, if he decided to bring more doves into the central bank. It’s probably still too early to start speculating, and we will have to wait a little longer for clarity when Trump nominates new governors. However, Fischer's resignation will remain a negative factor for the dollar in the weeks and months to come.

Hurricanes Harvey and Irma are now expected to cost the U.S. economy up to $290 billion according to latest estimates from AccuWeather. While natural disasters have an immediate negative impact on the economy and will be reflected in Q3 and Q4 GDP figures, the long run will see an uplift in growth due to spending on infrastructure and rebuilding, but it’s difficult to assess the exact short and long-term impact on U.S. growth.

North Korea's decision to hold a celebration, instead of launching another nuclear bomb, helped risk assets and the dollar to recover slightly early Monday, with safe havens such as the gold, yen, and the Swiss franc feeling most of the pressure. Comments from North Korea’s foreign ministry earlier today, stating that “The forthcoming measures to be taken by the DPRK will cause the US the greatest pain and suffering it had ever gone through in its entire history,” were not taken seriously. However, tensions will likely escalate further, if the U.S. is successful in imposing new sanctions. That’s why the gains in the U.S. dollar and fall in safe havens are likely to be limited.

On the U.S. data front, consumer prices and retail sales are of great importance, with the FOMC meeting to follow next week (September 20). Despite interest rates remaining unchanged, and the only new announcement likely to be the beginning of the balance sheet reduction, the CPI figures will shape the expectations for December’s meeting. Rising gasoline prices will likely push headline inflation higher from 1.7% to 1.8% YoY. However, core inflation should be given special attention, as any upside surprise will lift Decembers rate hike expectations above 50%, thus, providing the dollar a short-term relief.