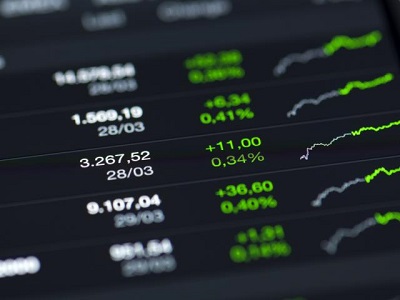 US major indices and Treasury yields rallied overnight as the S&P 500, Dow Jones Industrial Average and Nasdaq Composite all hit new record highs after the release of stronger than expected domestic economic data.

Third-quarter GDP rose more than initially forecast. The US economy expanded at a rate of 2.1% vs 1.9% in the first reading. An upward revision in inventory accumulation is the major contributor to the revised figures and reflects business confidence, even if it is slightly less positive in nature. October’s US core capital goods orders posted its biggest gain in nine months which also suggests that businesses are more confident spending on machinery and other durable goods. Business investment has been a missing part of current US economic growth which has relied heavily on consumers. If data continues to reflect such business optimism, expect fourth-quarter GDP to surprise to the upside too.

The global rally in equity markets over the past several weeks has been mainly driven by reports and official statements that a “phase one” Sino-US trade agreement is near.  The approval of the Hong Kong legislation backing protesters is likely to put the trade agreement into question as China has reiterated its threat of retaliation.

That said, looking into the initial reaction from the Asian trading session, it doesn’t seem investors are seriously concerned. Despite the fall in equity markets, the declines are marginal and don’t reflect a severe threat to the recent bull market. However, expect the rally to pause until more clarity is provided on the trade deal front. If investors suspect that the trade agreement is under real danger, expect to see a sharp selloff in December. For now, investors are taking a wait-and-see approach.

The safe-haven Yen rose against its major peers after President Trump signed the Hong Kong pro-democracy bill, but the reaction was also limited and most major currencies remain in tight trading ranges. Expect the low volatility environment in currencies to continue over the next couple of days, until next week’s data which may see markets break out of their current narrow ranges.

However, Sterling may be a different story as we approach the December 12 election as traders are currently focused on one thing only, which is the polls. Last night, the much-anticipated results from YouGov’s MRP poll were published. This was the only model which correctly predicted that Theresa May would lose her absolute majority in 2017 and forecast that the Conservatives would win a big majority. This has driven GBPUSD higher, and only a strong narrowing of the gap between the Conservatives and the opposition Labour party will lead to any selling pressure. It’s now increasingly evident that any outcome other than a strong Conservative majority would be negative for Sterling, so keep a close eye on the polls.