US consumers join the party 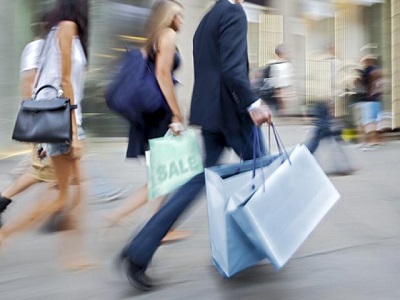 The hotly anticipated US retail sales figures were released earlier this afternoon and they didn’t disappoint with more records broken. The headline number topped the previous high from October 2001 and came in more than double the estimate at 17.7%, while the prior month’s figure was also revised upwards.

The numbers have added to an upbeat mood on Wall Street with the Dow Jones up over 750 points. The wider S&P500 has now bounced strongly from the psychological 3,000 level and the widely watched 200-day Moving Average.

Data in the eurozone’s biggest economy also showed some positive news with the ZEW index, a prominent German business survey, increasing for the fourth consecutive month. It seems the worst may be over for the bloc’s economic powerhouse and together with the huge fiscal support from the German government, the rebound of the economy should continue, especially if fears from a second wave prove short-lived.

Sterling is the strongest major on the day as the pound gets a boost from PM Johnson’s call yesterday with EC President von der Leyen where the leaders agreed to intensify trade talks.

After the bullish run seen since the end of May, the retrace and subsequent bounce from below 1.25 looks constructive. However, the 200d MA at 1.2692 looms above as well as a significant Fib level (61.8%). EUR looks to be building a broad consolidation pattern between 1.12 and 1.14 after the scaling the heights last week. Losing Friday’s low at 1.1212 would look ominous but holding sideways just below the recent highs would normally see a breakout in the direction of the recent trend. Resistance comes in the upper 1.13s and 1.1422.