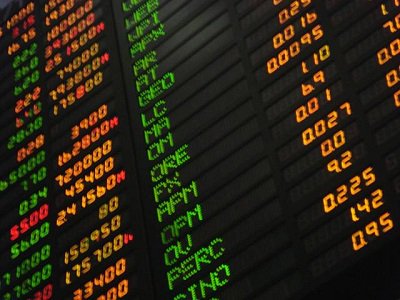 US stocks managed to reach a new record high on Friday with the S&P 500 closing at 3.066.9 after solid employment data showed the US economy added 128,000 jobs last month from September’s upwardly revised 180,000.

Sentiment also received a boost after a statement from US trade representative Robert Lighthizer and Treasury Secretary Steven Mnuchin indicated constructive talks with their Chinese counterpart Vice Premier Liu He on phase one of the US-China trade agreement.

Whether new highs will be seen this week depends on if a deal venue and timing are announced. However, until we get the details, data from the US and China will show how much damage the trade war has caused both economies. The US announces its trade balance for September on Tuesday and China will provide trade numbers for October on Friday. These numbers are likely to determine who has the upper hand heading into the next round of trade negotiations.

The US Dollar didn’t enjoy the rally we saw in equities. Instead the Greenback fell on Friday despite the robust jobs data. Two factors may explain the Dollar’s weakness which tested a three-month low against a basket of currencies. One is the optimism on US-China reaching a phase one trade deal, leading to less safe haven flows into the Greenback. The other factor is weak manufacturing data as the Institute of Supply Management (ISM) report  showed that the sector contracted for a third consecutive month.

Markets are currently pricing a 44% chance of at least one rate cut by March 2020, and if there’s further evidence of deteriorating US business confidence, we’re likely to see those odds surge.

There are two conditions under which we may see Dollar bulls return, although both are extreme cases. The first would be a very strong US economy where money flows into US assets from across the globe.  Or pessimism and fear of a global recession  will encourage inflows into  safe haven currencies like the Greenback. We are currently somewhere in the middle, and this is negative for the Dollar.

Investors will be closely watching the Bank of England’s interest rate decision on Thursday as the country prepares for a snap  election amid deep divisions over Brexit.

In September, the central bank said it might consider a cut even if a no-deal Brexit is avoided on October 31.  Although  that scenario has been avoided for now, uncertainty is huge at the moment and that’s likely to put further pressure on the weakening economy.

Despite a rate cut not being expected this week, it will be interesting to see if one or two members of the MPC vote for a 25-basis point cut on Thursday. Such a vote would suggest that the BoE is tilting towards a more dovish stance in monetary policy and will increase the odds of a rate cut early next year. Any signs of the BoE indicating an easing of policy will likely lead to profit taking in the pound which has  rallied more than 700 pips since October 10.