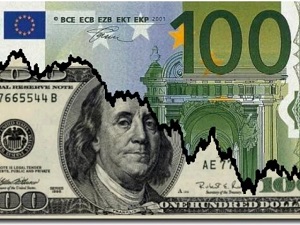 The US labour market and inflation data are looking all the more impressive after today's economic results - even Yellen in the FED will be taking notice and thinking about the coming December meeting. Inflation figures picked up to 1.9% Y/Y which is a strong result and in line with the 2% growth rate that the FED targets these days, however it's still not as strong as many had expected to get further rate rise speculation going. I am inclined to believe however, that the weak USD will have a flow on effect for goods much like in the UK and we will see further rate rises in the future as a result. Across in the labour market and US initial jobless claims dropped to 284K (300K exp), which is positive given the recent hurricane activity. 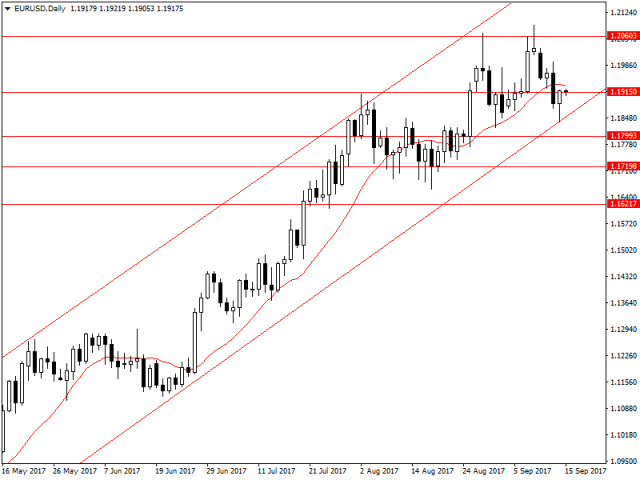 However, until we see the FED talk about the US economic situation the USD will continue to come under pressure despite these positive signs. The EURUSD for me will be the most likely benefactor in the long run, and after today's pull back up the chart the bulls look ready to move again. The real initial test will be breaking through the 20 day moving average and advancing on to resistance at 1.2060. If the EURUSD can close above the 20 day moving average then there is a good chance it will extend further here. Support levels can also be found at 1.1800 and 1.1719 in the even the market continued to drift lower.

Oil has been a solid gainer on the charts in recent days as it shrugs off the hurricane pain as refineries kicked back into full production capacity quicker than most expected. At the same time the western world is getting more thirsty and demand for oil is creeping back into the market, which is good news for OPEC producers who have been suffering for some time. The forecasted increase from the International Energy Agency to 1.6M barrels per day, does put the spotlight back on producers and it's likely that OPEC will look to hold the cuts in place in an effort to boost the price further. At present a number of smaller members are starting to hurt, so in order for the cartel to work Saudi Arabia may have to allow concessions for its smaller partners. 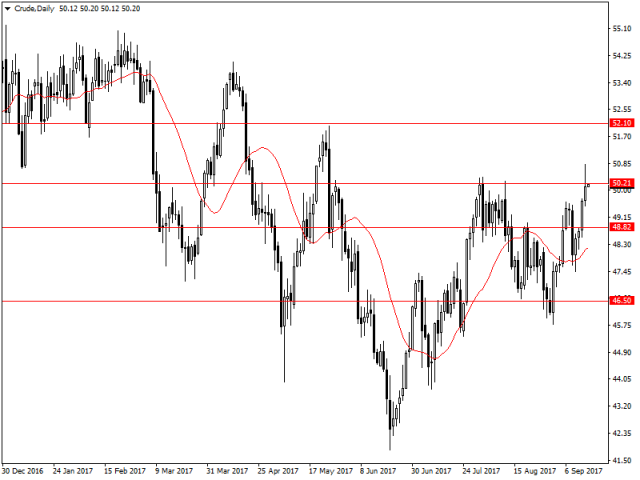 For oil bulls on the charts it seems to be that the 50.00 mark is a true psychological barrier that might be hard to pass. Certainly the push yesterday was quite aggressive, but it got beaten back down by the end of the day. If the oil bulls are going to continue their run and it looks to be the case with the fundamental data, then I would expect another extension to 52.10 which is looking like the next level of resistance above. When it comes to potential reversals, certainly this wave has a higher high compared to the last one so I am more inclined to look at it bullish, but if it did reverse then 48.82 and 46.50 are likely to be the main two levels of support as the market trends back downwards. I would also expect the 20 day moving average to act as dynamic support as well in the case of bearish movements not lacking clear direction.