US jobs data awaits as stocks prepare to rotate higher 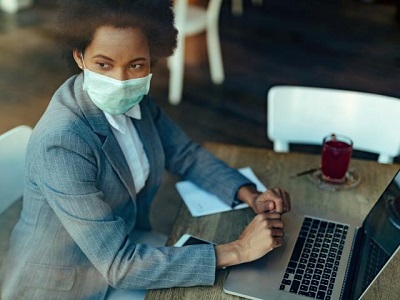 US equities surged on Wednesday, amid signs that investors are starting to show some love for sectors that have been beaten-down by the pandemic. However, the futures contracts for all three major US benchmarks are relatively flat at the time of writing, which suggests a slight pause in the upward climb.

The Dow’s 1.59 percent advance overnight proved to be the index’s best single-day advance since July 14th, putting it within 1.34 percent of wiping out all of its losses incurred during the pandemic. The gains were aided by two of three worst-performing sectors of the year, financials and industrials, which together account for over a quarter of the index.

In the S&P 500 mini’s seemingly unrelenting pursuit of new record highs, it has now ventured far into overbought territory, judging by its 14-day relative strength index which now exceeds 80, well above the 70 threshold. What was interesting to note is that the S&P 500 still managed to post a new record high on Wednesday despite a pandemic-era stalwart, Apple, ending Wednesday lower by more than two percent. In fact, the profit-taking was evident in other marquee tech counters that had soared during the pandemic, including Tesla, which fell by 5.83 percent, and Zoom, which tumbled by 7.46 percent overnight.

Wednesday’s market activities suggest that investors are beginning to warm up to the idea that a broad-based recovery is afoot. With the US Centers for Disease Control (CDC) informing states to get ready for a vaccine by November 1st, the vaccine could be the sorely-needed catalyst for US indices to reduce their reliance on Big Tech.

Investors could be given another reason to push equities higher today, if the weekly US initial jobless claims come in better than the expected 950,000 print. With the initial claims having floated back above the psychologically-important one million mark in the last two weekly readings, the US jobs market would have to show surer signs of a recovery in order to instil more confidence in the fundamentally-driven investor. If the number of Americans who are still receiving unemployment benefits can also break below 14 million, that may prompt investors to increase their exposure to non-tech counters.

Looking ahead to Friday’s US non-farm payrolls report for August, should it also produce results that stoke risk-on sentiment, with markets predicting that 1.35 million jobs were added to the US jobs market last month, US equities could then head into the long Labour Day weekend on a high.