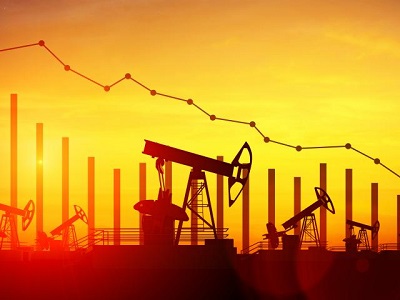 This week has kicked off with a new precedent. It isn’t the volatile performance of stocks, bonds, or currencies that are grabbing all the attention, but the moves in oil prices. US crude has tested levels below $20 for the first time in more than 17 years, with traders continuing to bet that the combination of widespread lockdowns across the globe and the breakdown of OPEC+ will continue to weigh on prices.

It is widely believed that the oil surplus will reach 25 million barrels a day by April, a level that could even make it difficult to find storage for this excess supply. While it’s becoming unprofitable to higher cost producers, many of them are still hoping others shut off production first. This game of attrition is likely to drag prices even lower and even a price of $10 per barrel is no longer unimaginable. At such a level, higher cost producers will have no choice but to shut production. However, long-term demand is what will determine where prices will be by year-end, and that will depend widely on how deep the recession will be and the shape of the recovery afterwards.

This time, the impact of plunging oil prices on equities and other asset classes is not going to be strong, as it’s no longer acting as a measure of risk. US stocks future indices were trading higher despite WTI sitting at a 17-year low.

Investors are likely assuming that in a matter of several weeks or a couple of months, we may return to normal, but that may prove to be a very risky bet. Over the previous 10 days, the growth rate of coronavirus infections was standing at 11.4%, and if infections continue to grow at the current pace, this will hit a figure of more than two million in the next 10 days. Unless we see a major decline in these numbers, any rally in risk assets may prove to be temporary.

While the Federal Reserve and other central bank actions, together with fiscal policy measures have to a large extent contained the economic damage, it’s the health situation and easing of the virus case count curve that will dictate the severity of the upcoming recession. Currently, we would expect asset prices to remain volatile until we have a better understanding of this.

Data wise, we’ll get snapshot of revised global PMI figures this week. Despite being ugly in Europe when first released, expect them to be even worse as more data has now been collected. While manufacturing in Europe had already been deteriorating even before the virus spread, the new figures won’t have much impact on markets. However, it will be interesting to see what the ISM data tells us about the US economy.

Friday’s US nonfarm payrolls will be under investors’ and traders’ microscopes after more than three million Americans filed claims for unemployment last week. Given that most lockdown policies were not in place until late March, the jobs report will not reflect the full impact of the virus outbreak, so we will probably have to wait until April to see the true impact. However, every piece of economic data is going to be closely monitored to have a better understanding of the pandemic impact on the global economy.