It's been a funny day for the USD as it slipped lower on Tax legislation worries. For the most part it has fallen around two senators who are keen to fix the current child tax credits. In reality this is something republicans are likely to help remedy in order to get this bill over the final hurdles and in front of the president to sign before Christmas. However, for me the big mover - and what might have a much more interesting impact - was of course today's retail sales which lifted sharply to 0.8% m/m (0.3% exp). This is a very strong move just ahead of the December rush season and in return we could expect to see GDP forecasts raised for the 4th quarter going forward. I would be surprised if we didn't see solid earnings this season in the equity markets as well given the huge rises in consumer and business confidence. For now it would seem the Trump effect might be still there after all heading into the new year. 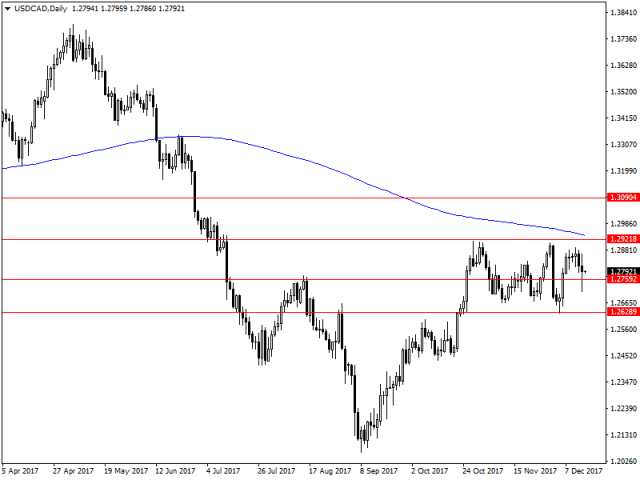 One of the key areas this was felt was on the USDCAD which was swinging heavily today, not only on the USD weakness but also Bank of Canada comments which pushed up the chances of a rate hike for March next year. For the most part the USDCAD has been ranging for some time, and it has struggled to break through the major resistance level at 1.2921, which has so far seemed like an impossibility at present. One of the main reasons also has been the 200 day moving average bearing down on that level which of course adds further pressure. At the same time the swing lower today failed to stay below support at 1.2759 which leads me to believe that the bulls are still in this market despite the Canadian recovery we've seen. If the bulls do leap back into the market 200 day moving average will be the key level to close above, and if we do close above then expectations are that we could see a move upwards to the 1.3000 level. For now though it's a case of waiting to see if the ranging does stop and the trends continue.

The other key one to watch out for is the AUD, with the market likely to be looking forward now to next week's RBA minutes on the economy and their thoughts after the most recent unemployment figures. We could certainly see the case made for a potential rate rise in the future, but for now it's a case of wait and see - even though the market is fairly bullish. 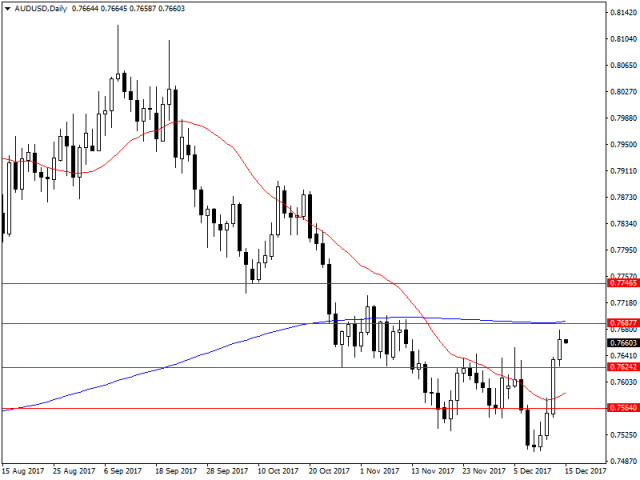 Chart wise, and it's clear the AUDUSD bulls are back in fashion and looking to make up some ground. After the positive news yesterday and weak USD it is a surprise to see that it has failed to climb higher to the 200 day moving average and resistance at 0.7687. I still believe this is a key level to watch and if we do see further extensions it could lead to bigger things. For now though like the USDCAD it's a case of wait and see as the market looks to enter Friday trading.