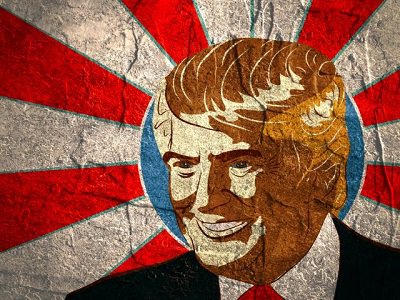 Confirmation in the early hours of Friday morning that President Trump will impose tariffs on Chinese imports starting today is likely to take attention away from the overnight FOMC Minutes release from the US Federal Reserve.

There is some risk aversion in the atmosphere following the announcement from President Trump, where emerging market currencies and stock markets appear to be struggling as a result of a cautious trading environment. The Chinese Yuan, Indian Rupee, Malaysian Ringgit, Thai Baht, Korean Won and Singapore Dollar are all trading lower at time of writing.

Anticipation over whether Beijing will react, or retaliate to the tariffs from President Trump could maintain a cautious bias from investors as we conclude trading for the week.

If Asian stock markets continue to trade cautiously in wake of the US trade tariffs on China coming into play, there is a likelihood that this could also negatively impact the European stock markets when they open later for trade.

The overnight FOMC Minutes release came out largely in line with expectations.  The Federal Reserve once again outlined their consistent bias towards higher US interest rates. This should be supportive towards the Dollar over the medium and longer-term, as a result of investors being reminded of the ever-stretching divergence in economic and monetary policy between the United States and its developed counterparts.

One element from the FOMC Minutes announcement investors will take on board is the Federal Reserve acknowledging the threat that trade tensions could impact economic growth. There is still a massive area of uncertainty over how the trade war threats will actually impact the global economy. This will mostly remain speculative long after they have been implemented, and would then need to be monitored for at least a few months before it could be accurately accessed for what impact it is having on economic growth.

Risk averse behavior would likely lead to an extension of the cautious atmosphere that has plagued the financial markets over recent weeks. Risk aversion would also encourage another reduction in risk appetite, where emerging market assets as a whole would likely struggle to find buying support.