USD / NOK. How soon is the correction?

Last week we wrote about the USD/NOK currency pair. We considered the possibility of longing the US currency against the Norwegian krone and specified the target at 8.6900. As you can see from the chart, the target was reached. Moreover, the US currency reached the 8.7280 level. In this article, we will try to answer the question “What about the correction?”

On the daily chart, the currency pair is already forming signals for the correction. This is not surprising given that we have tested a horizontal resistance level at around 8.7100.

The Williams% R and MACD indicators also hint at the possibility of a downward correction. The indicators’ lines began to gradually unfold in order to give a signal.

We advise you to be extremely careful when opening short positions, since the prevailing bullish trend can gain strength again after the correction. 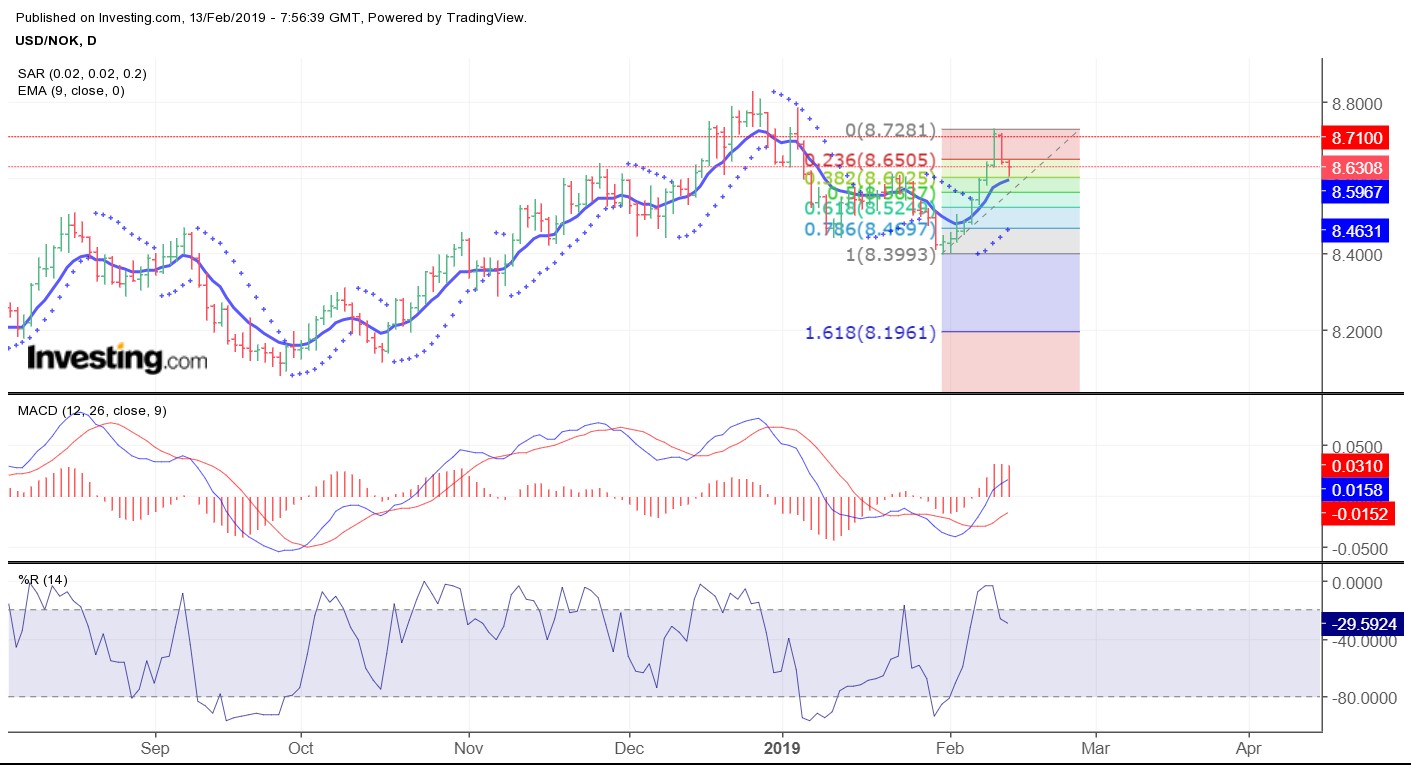 Among the fundamental factors that can affect the nature of the movement, we recommend that you pay particular attention to US statistics that will come out between Thursday and Friday — the country will release long-awaited macroeconomic indicators on retail sales.

In addition, Norway will publish the trade balance on Friday.