A scary phrase ‘Trade war’ is really popular now among analysts and traders. There is still no agreement between China and the United States. As a result, we can face one of the most demolishing situations in modern history. Almost all countries will suffer from this conflict. Switzerland is not an exception. More than 9% of Swiss export is to China. More than 50% of Chinese import from Switzerland is gold.

Consequently, if the trade war fully breaks out, China could try to devalue its national currency. It could damage Swiss export and support the price of gold. Gold has already reached the level of $1300. The question is: ‘What will happen to the US dollar?’. In fact, the dollar can be considered as a ‘safe heaven’ currency. Also, China could start selling American Treasuries, which can give the US dollar a short-term push up.

Meanwhile the USD/CHF pair has been correcting. The correction began on May 8. The pair reached its local minimum yesterday and reversed upwards. Let’s look at some technical features.

There are several positive factors. The first one is that the trend is still bullish on a 1D TF: the 200-EMA is still moving up. We see two trend lines – one of them was formed by two lowest lows in February, followed by September 2018 and then in January 2019. 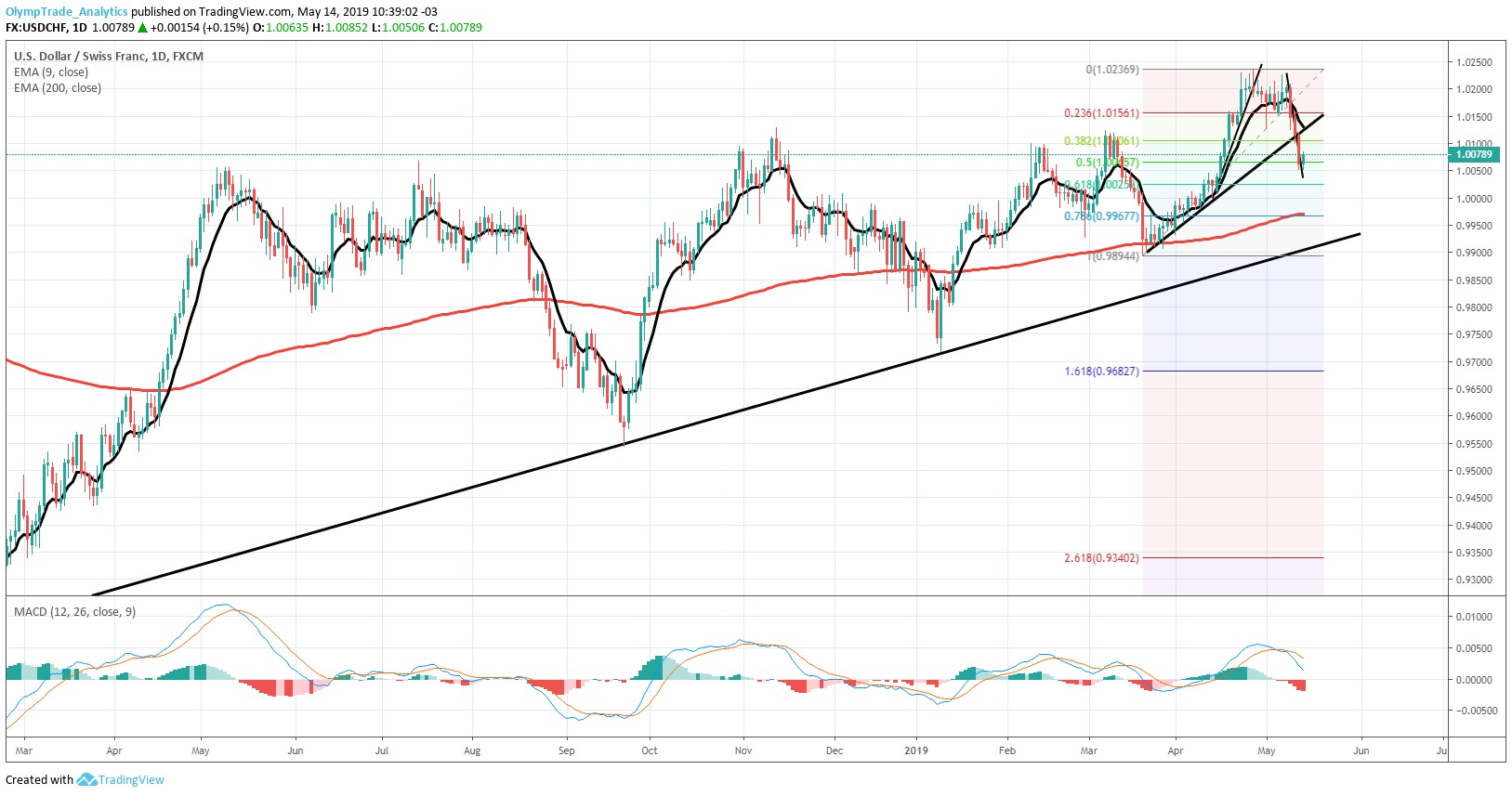 The situation is a bit different if we switch to our working 4H TF. The trend is bearish, but the pair broke the local trend line up and started moving to the 38,2% Fibo correction level (1,01061). The MACD lines are intersecting and the Parabolic SAR reversed, which means there are signals to go long. 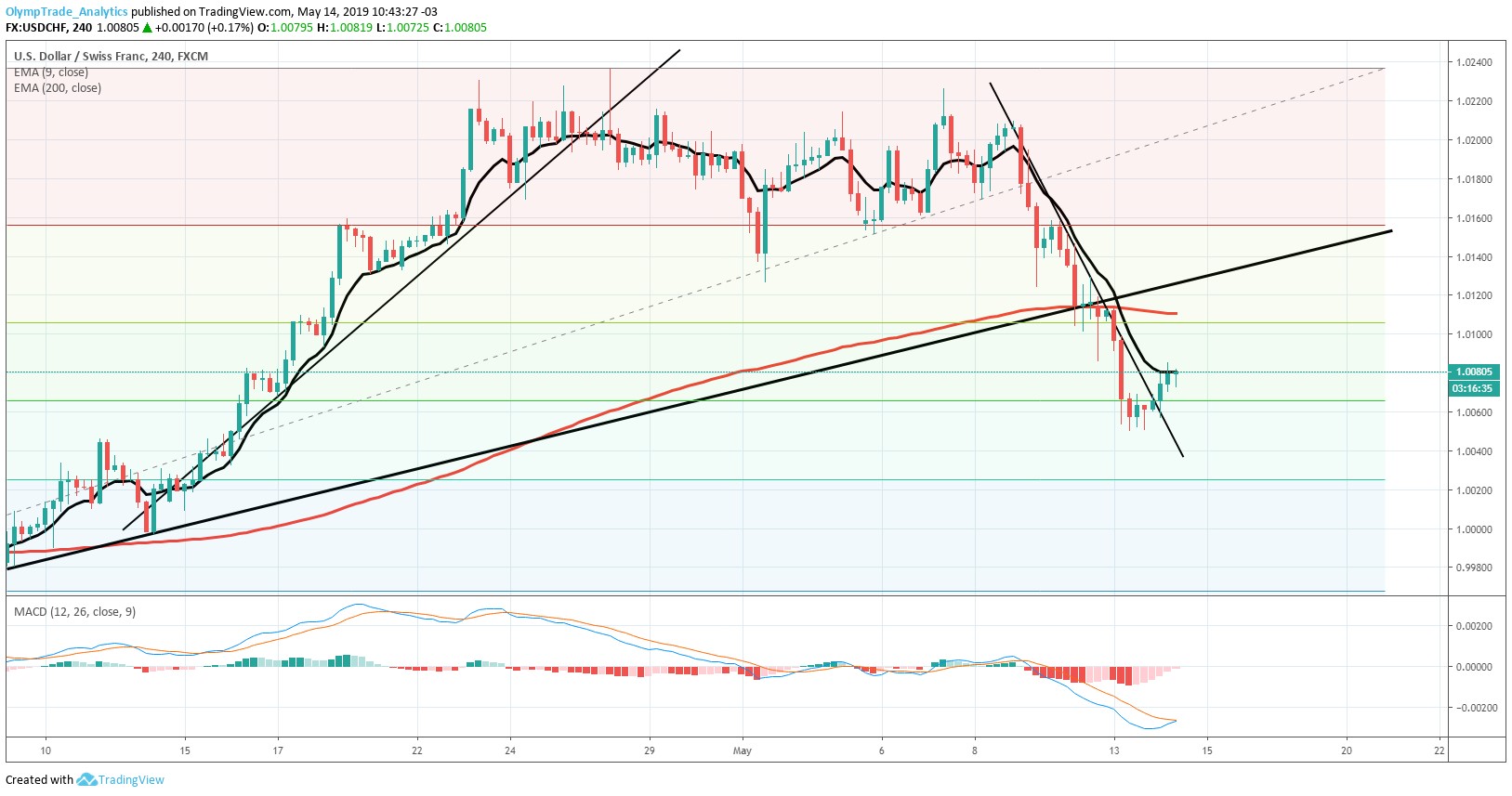 Summary: it is possible to open long positions if the pair breaks its short 9 EMA (1,0080). In this case, the next target is the 38,2% Fibo correction level.