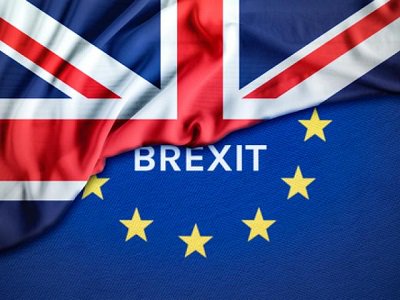 It has been yet another dramatic 24 hours of swings both higher and lower for the British Pound as volatility continues in the lead up to the fast-approaching March 29 deadline for the United Kingdom to leave the European Union.

The GBPUSD jumped over 2% late on Wednesday trade to touch its highest level since June 2018 in the aftermath of MPs voting to take the enigma of a no-deal Brexit away from the table. This is viewed as a positive move for investors because it severely dilutes the risk of a disorderly exit from the European Union, but I still do not expect for investors to be able to take a longer-term view on the British Pound strategy as it stands.

Rejecting the idea of leaving the European Union without a deal at this point doesn’t change that much in the wider picture, considering the fact remains unchanged that the UK is still scheduled to leave the European Union 15 days from now.

Investors will now eagerly await another political event risk for the Pound scheduled for later today where MPs will participate in another vote on whether to request an extension from the EU to delay the March 29 deadline. Although it is widely expected that MPs will vote in favour of requesting an extension to leave the EU – this doesn’t necessarily mean that the European Union will play ball and provide the United Kingdom with the requested breathing space. Essentially and until it is confirmed that MPs will vote in favour of an extension to the March 29 deadline, which the European Union would then need to grant, nobody is any wiser for what exactly is going to happen with Brexit.

All investors do know is that MPs do not want a no-deal Brexit, which of course eliminates a lot of wider risks to the UK economy and the associated concerns of disruptive investor confidence but we don’t know much else. Will the Brexit deadline be extended? Will the EU oblige to provide an extension? For how long will this extension be? Is the probability increasing that Brexit will not happen at all? Or will the eventual route be that Parliament announces a second referendum?

Nobody knows what could happen or is even possible with these questions. This is of course a major problem for strategic investors who want to plan for the future and they will understandably continue to change Pound views on a headline-to-headline basis. There is also a legacy aspect to consider where one most wonder whether the reputational aspect of the United Kingdom as a “safe” place to do business could change following all of the recent political chaos that has taken place in recent times.

Overall it has to be admitted that what happens next in the Pound is a very difficult call to make, but if I had to choose a position I would side with the view that investors will “sell” the news in anticipation of the vote later today which is expected to result in an official plea to request an extension to leave the European Union.  I personally wouldn’t jump into the optimism of pricing in a stronger British Pound until there is real conviction that the European Union will accept the likely upcoming request to delay the March 29 deadline.

None of this is clear to be honest – but that’s Brexit in a nutshell. Unclear with little direction.

In what has been another busy week for financial markets, one move that has managed to sweep under the radar is that the Euro has recovered all of its losses since a very downbeat European Central Bank (ECB) President Mario Draghi took to the stage just one week ago. The Euro sank to its weakest level against the US Dollar since June 2017 after the ECB joined the party across a large range of different world institutions by reinforcing the view that external headwinds are presenting many challenges to the global economy in 2019. The recovery in the Euro has been supported by softness in the Greenback, although I do myself maintain a negative view on the EURUSD.

The ECB has a very low amount of ammunition at its disposal to improve EU economic momentum, the economy is clearly on a downturn as this is evident across a raft of different data releases and the Eurozone economy is very exposed to global headwinds. Much of the fate of the Euro is out of its own hands and when you factor in that there is also an element of political risk that remains within Europe itself with the recent unrest in France just one example, therefore I would maintain a negative view on the EU currency.

Rand fails to find buyers in spite of Dollar Weakness

One currency that has unexpectedly not been able to benefit from the current softness in the Dollar is the South African Rand. The Rand is weaker against the Dollar and the only reason that has been given for this is because of the ongoing Brexit developments in the world headlines limiting global risk appetite. However I am not buying this explanation and would have expected the Rand to strengthen against the Dollar in recent days, similarly to the trend that has been seen in both the Euro and British Pound. While it is correct that Brexit itself is a potential serious external headwind staring at the global economy, most of the political noise taken place in the United Kingdom has been limited in financial movements to UK asset classes.

While it is expected for all major global headlines to continue to surround the latest updates with Brexit, I would keep an eye out for a potential risk-off atmosphere to impact financial markets today. Data announced early morning from the world’s second largest economy, China continued the narrative that GDP momentum is trending lower and this could fuel another round of concerns over a slowdown in the global economy. This means we can expect the momentum of emerging market currencies in south-east Asia to trend weaker as they are collectively closely correlated to a reliance on Chinese demand for their goods, which should signify some softness in the likes of the Singapore Dollar, Malaysian Ringgit, Indonesian Rupiah and even the Chinese Yuan after the economic releases from mainland China.

Expect for Trump to speak out again on Oil

To conclude in what by all accounts is likely to be another lively day for investors, I would also keep a close eye on what happens next with Oil after the commodity stretched to a 2019 high on signs of tightening supply. Stronger Oil prices is obviously good news for exporters, but it is not good news for President Trump who has made it clear on many occasions that he wants Oil prices to remain low. Therefore it will not be a surprise if Trump repeats this narrative of demanding low Oil prices on his social media feeds imminently.