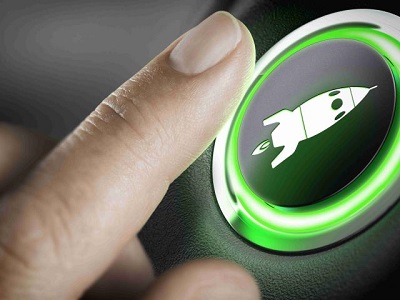 Asian stocks are emulating the overnight declines on Wall Street, led by the drop in the US tech sector despite better-than-expected earnings from the likes of Tesla and Microsoft. US futures are edging higher at the time of writing. The ND100m has seen a technical pullback, after its 14-day relative strength index earlier this week reached the 70 mark, which denotes overbought levels. Should the upward trendline since March hold true to its role as a support line, the Nasdaq Composite Index should be able to eventually close above the psychologically-important 11,000 mark, provided the market exuberance from recent months can stay intact. However, with momentum indicators starting to wane, US equities could do with a fundamental reason to push higher, seeing as how the Dow has struggled to better its June 8 high. Such a boost may arrive early next week, with Senate Republicans set to unveil its proposal for a US$1 trillion stimulus plan. Although markets have been pricing in the prospects of more US fiscal stimulus, its official passage could still boost riskier assets, as was the case earlier this week with the EU recovery fund.

The world’s largest economy is in need of more support, a call amplified by yesterday’s unexpected rise in initial US jobless claims, while billions of dollars of unemployment insurance are set to expire next week. Further signs of dithering in Washington would test investors’ patience, potentially prompting market participants to take some more risk off the table while the political brinksmanship threatens to dampen the US economic recovery.

Gold is set to notch its seventh consecutive weekly advance, extending its climb after seven straight quarters of gains. At the time of writing, spot Gold is trading around a new nine-year high, having added over four percent this week, which would be its highest weekly gain since April. The precious metal is now less than $50 away from its existing record high of $1921.17 mark posted on September 6, 2011.

At this pace, setting a new all-time high seems like a foregone conclusion. After all, we are now in a tremendously supportive environment for Bullion, a narrative not lost on investors as ETFs raise their holdings of the precious metal by record amounts.

The biggest driver for Gold’s rally this week has been real yields pushing deeper into negative territory in US Treasury markets, making the precious metal that much more appealing despite it being a non-yielding asset. The weakening US Dollar paved the way for Gold to realize more of its upside. Bullion bulls were also given added impetus amid a resurgence of geopolitical tensions this week, while concerns over the global economic recovery refuse to go quietly into the night.

Gold clearly stands out among its safe haven peers because of its historical role as a store of wealth and a hedge against waning purchasing power, which lend themselves well to its potential for further gains going into 2021.

From a technical perspective however, with spot Gold having ventured into overbought territory, don’t be surprised if we see a technical pullback over the near-term. Still, any such declines could prove to be nothing more than mere footnotes in Gold’s relentless climb to historic highs.