What to expect from the BoE? 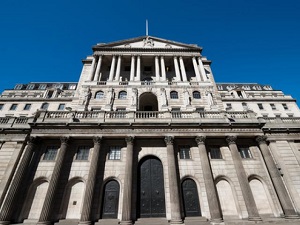 Today’s Bank of England Monetary Policy Committee (MPC) announcement is the main event of the week. While it is highly unlikely that we will see an immediate interest rate hike, or a reduction in quantitative easing, the markets’ biggest question following the rise in inflation, is whether the central bank will finally provide signals of tightening monetary policy.

Back on 3 August,  when the BoE last met, the MPC voted by a majority of 6 -2 to maintain rates at 0.25%. They also expected inflation to peak around 3% in October, which is where we almost stand now. BoE Governor Mark Carney suggested that markets are underestimating how soon interest rates will rise. However, investors are still unconvinced that an interest rate hike will come anytime soon, primarily because BoE’s Chief Economist Andy Haldane did not vote in favour of this during the last meeting, despite sending signals of his readiness to vote for a hike; that is why his call today will be of great importance.

Economic data since the last meeting has been somewhat mixed. The weak sterling continued to support the manufacturing sector, with IHS Markit’s Purchasing Manager Index rising to 56.9, a four-month high, suggesting that manufacturing remained healthy despite Brexit uncertainty.  The service sector however, which dominates the U.K.’s economy and contributes around 80% of the total GDP, slowed to 53.2 in August, down from 53.8 the previous month.  More importantly, consumer spending remained weak despite the uptick in August, as higher prices and lower disposable income continued to affect U.K. consumers.

The brightest spot in the economy has been unemployment levels, which fell to a new 42-year low of 4.3%, news that was warmly welcomed by the MPC. However, low wages remain the BoE’s and other central banks biggest conundrum. With inflation hitting 2.9%, real wages remained in negative territory and there’s no clear indication whether it will pick up soon.

Mixed signals from the economy will provide ammunition to both hawks and doves, but traders need to know who will score more points today. If Andy Haldane sways to the minority of dissenters and voted for an immediate rate hike, it would signal that interest rates will go higher by the end of year, and GBPUSD will likely shoot above yesterday’s high of 1.3328. However, if only two MPC members dissent, and inflation is given little attention, we may see Sterling slide back towards 1.30 -1.31 range.