What to watch when the Fed meets this week 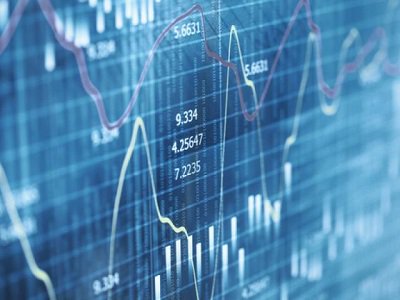 After lowering interest rates twice in 2019, investors across all asset classes are awaiting the FOMC rate decision when it wraps up its two-day meeting on Wednesday.

What we learned from the September meeting is that monetary policymakers are very divided. According to the dot plot, five members agreed to the 25-basis point rate cut but wanted to stop easing. Seven members agreed to the cut and were asking for another one in 2019. And another group of five opposed the decision to lower interest rates.

Despite all these conflicting viewpoints, market participants seem convinced that another rate cut will be delivered on Wednesday. According to CME’s Fedwatch Tool, markets see a 93.5% probability of 25-basis point rate cut on Wednesday, and 22% chance of another one in December.

Given the recent deterioration in US economic data, we agree with the market’s expectations that the Fed will lower its benchmark rate on Wednesday. Job growth has slowed down significantly compared to 2018. Wages were disappointing, with average hourly earnings little changed in September and up just 2.9% for the year, the lowest rise since July 2018. When looking at manufacturing and services ISM numbers, they are also painting a gloomy picture ahead. Meanwhile inflation surprised to the downside in September keeping the annual CPI unchanged at 1.7% year on year.

When the Fed started easing policy in July, Jerome Powell said the rate move was a ‘midcycle adjustment’. If the Fed delivers a rate cut on Wednesday it will be the third and therefore the question becomes, is the Fed done with their midcycle adjustment and ‘insurance’ cuts or is this the start of a more significant easing cycle?  The question may be answered in two ways, either in the statement accompanying the decision or in Powell’s press conference.

Should the Fed provide an outlook in which it signals more easing may be on the way, then it’s no longer a midcycle adjustment, and  the Fed is now in full easing mode. This would hurt the dollar strongly versus its major peers as interest rate differentials drop which has been a key factor in supporting the US currency.

However, I don’t think this would be our base case scenario. While the US-China trade dispute has not been completely resolved yet, there seem to be baby steps in the right direction. Chances of the UK exiting the EU without a deal have fallen sharply after Members of Parliament approved Johnson’s deal, but rejecting his timetable still means some uncertainty ahead. Overall, the external factors that worry the Federal Reserve seem to be abating currently and hence should have less impact on monetary policy trajectory and policymaker’s decisions.

While much of the US economic data has deteriorated, it’s still not enough to signal a recession. Consumer confidence remained high in October, suggesting that spending will continue to support economic growth. Building permits jumped to a 12 year high in August indicating that confidence in the real estate sector is still solid.

So, expect to see some changes in the Fed statement, as leaving it unchanged will signal more easing ahead.  Powell may be in a tricky situation, where he needs to justify what the Fed has done is indeed a mid-cycle adjustment, whilst also keeping the door open for further easing if needed. There’s no guarantee on what happens next in trade negotiations, neither in the final outcome for Brexit.  That’s why traders and investors need to scrutinize every word Powell says in his¬ press conference.