Which Country Is the Real Loser in this Trade War?

As most of you have already probably heard, last week Trump announced new tariffs on China which will essentially cover all Chinese imports. In return, China allowed its currency to drop to a record low of 7 Yuan to a Dollar.

Now let’s get back to the question: who is a real loser in this trade war?

Fear, panic and uncertainty is the new black in the financial markets.

The Dow Jones plunged by 1000 points at the closing bell on Monday, August 5, thus marking the biggest one-day drop in 2019.

The Australian stock market also reacted to the escalation. It is now down for the fifth day in a row, with the ASX200 index dropping more than 2.4% (around $90 billion in value) on Tuesday.

This trade war leaves Australia bouncing between the US, its strategic ally, and China, its major trading partner. China now buys almost a third of Australia’s exports. A weakening in Chinese economy is causing concerns for the Australian commodity exporter.

Today, Australia has released its trade balance report with a jump to 8.03B ahead of the forecast and previous reading. Exports increased by 1.4%, while imports slumped by 3.6%.

The RBA left the interest rate unchanged at 1.0% following 2 months of monetary easing from 1.5% in June and July.

Following these reports, the AUD/JPY pair is finally showing some strength after 5 consecutive days of decline. Likewise, AUD/USD is showing first signs of strength after tumbling for 12 straight days.

Japanese stocks opened sharply lower on Tuesday after the U.S. Treasury Department characterized China as a currency manipulator. At one point, Nikkei 225 lost over 600 points, which is 2.9%, from Monday's close. At the same time, the yen strengthened to mid-105 yen level against the USD.

What can we expect to see in the financial market? We’ll need to focus on the global political factors. Analysts expect more volatility and things are likely to get worse before they get better.

Will the spiraling stock market and weakening US dollar give way for more Fed’s rate cuts? There can be no doubt–if new tariffs are imposed on September 1, we’re likely to see another cut in September or October. On the other hand, anything can happen, and if the stocks fall too sharply, Trump may withdraw or put his threat on hold.

As for now, the possibility of further monetary easing in the US is higher today than is was last week. 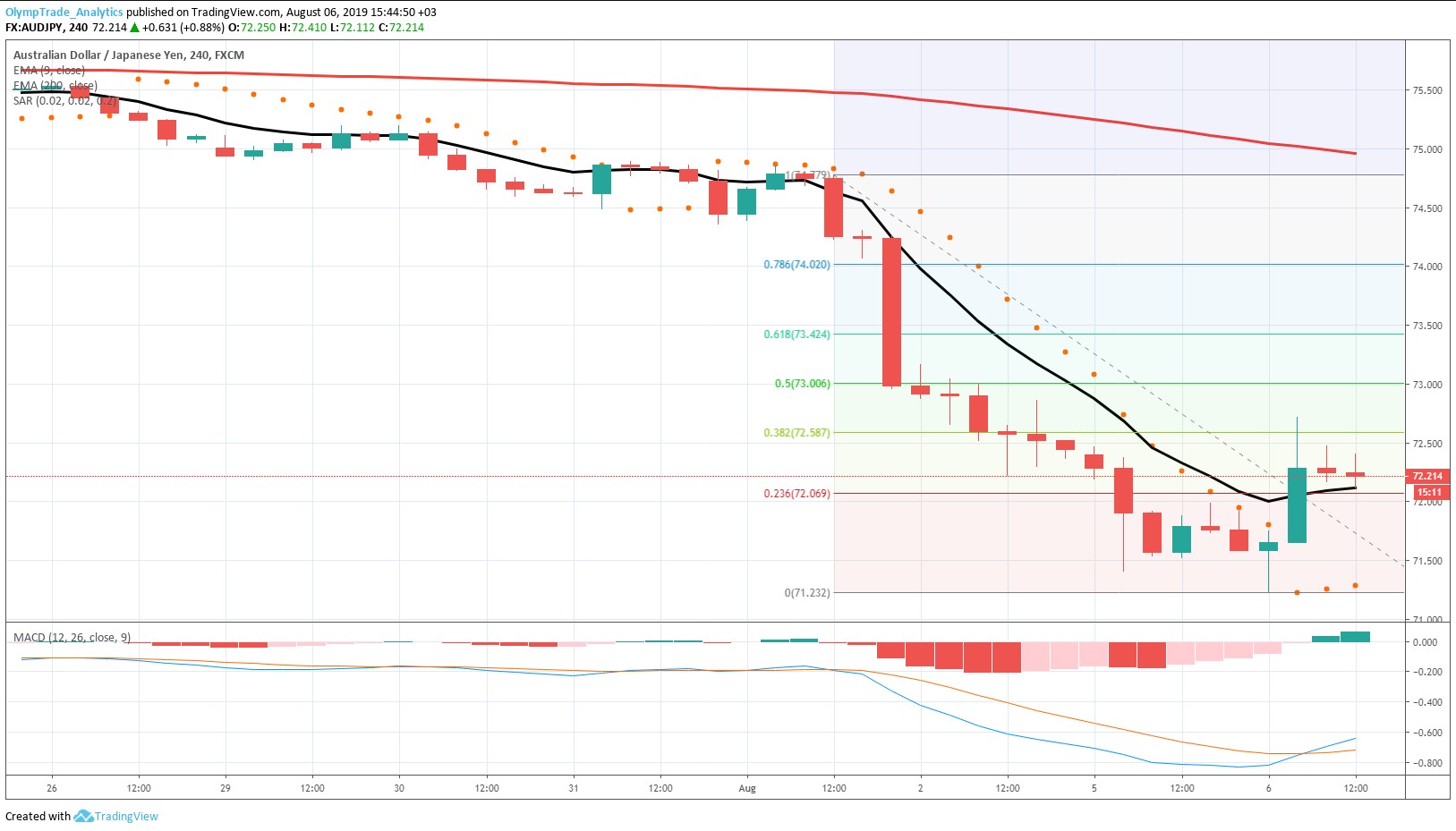