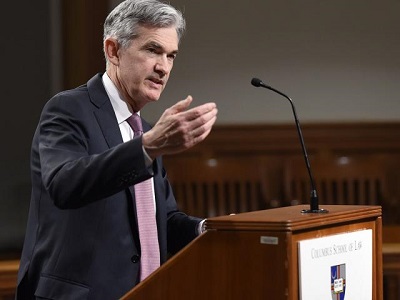 The Dollar is weaker against all G10 and Asian currencies ahead of today’s Fed rate decision and the US Q1 GDP announcement. The Dollar index (DXY) has been on a downward trend since Friday, shedding about 0.7 percent so far this week to now trade around 99.70. The softer Dollar is aiding Oil’s rebound, while enabling Gold to keep its head above the $1700 psychological level which is on course for an 8.5 percent advance this month.

The Fed is unlikely to make any major policy moves today, having already pledged trillions in emergency lending measures, while having an open-ended commitment to purchase assets under its QE programme. The US Q1 GDP print is widely expected to officially herald the end of the US economy’s record expansion, even as the estimated four percent contraction has been mostly priced into the markets already. Although the backward-looking data is unlikely to have a major impact on markets, it does form the base for the Q2 print, which is widely forecast to plunge into negative double-digit territory.

Chair Powell has a fine line to tread as it remains to be seen whether he can justify any show of defiant optimism about the US economy’s recovery prospects in the face of such dismal data. Markets will be primarily focused on any guidance that he may offer during his press conference. If the Fed does convey its utmost commitment to supporting the US economy and financial markets by remaining accommodative for a long time, that could power risk assets higher.

Oil rebounds, but will it hold?

WTI futures bounced off the $10 support line to trade above $13, as Oil prices endured a tumultuous ride in the markets. Front-end contracts in Oil are being buffeted by fears of another foray into negative territory due to storage limits, which has prompted investors to ditch their June contracts en masse.

Still, the prospects of more major economies re-emerging from lockdown measures may offer some solace to battered Oil prices, even if the reopening process will surely be a gradual one. More importantly, these economies must remain open in order to put Oil on a firmer footing. A second wave of coronavirus cases that prompts another round of lockdowns in major economies would only spell another disastrous period for Oil prices.

Overall, this year’s global recession is set to cap the upside for Oil, while its immediate priority is to stabilise and find the bottom. Such ambitions would be aided by further signs of a slower build in inventories or waning incoming supply, along with more concrete evidence that Covid-19 is past its peak.