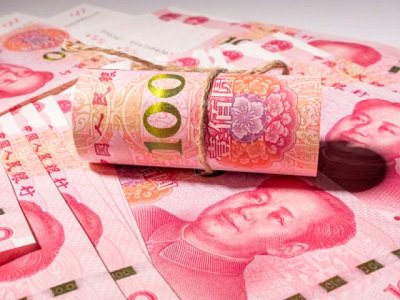 Global markets are attempting to power higher today as investors mostly brush away the latest escalation in tit-for-tat tariffs between the world’s two largest economies. The Yuan is also benefiting after Premier Xi Jinping confirmed that Chinese authorities will not purposely devalue the Yuan in response to trade tensions.

The reassuring comments from the Chinese Premier will go a long way towards reassuring investor confidence in China. Not only will it help stabilize the Yuan, but it can also play a factor in helping currencies across the region, when factoring in how important China has become to the global economy.

There is also a sense of some relief across investors that the United States could be softening its stance after it imposed 10% tariffs on an additional $200 billion worth of Chinese goods, instead of the expected 25%. This has provided some quiet optimism that both sides will attempt to return to the negotiation table later down the line to resolve the prolonged trade tensions.

With China unable to stand toe-to-toe with the United States in the tit-for-tat tariff battle, there were initial concerns over the nation devaluing its currency to make exports more competitive, despite indications from the PBoC weeks ago that this was not an option on the table. These concerns have once again been wiped away after Premier Li Keqiang this morning stated that “A one-way devaluation will do more harm than good to China’s economy”.

The Pound’s fortunes this week remain tied to the outcome of the European Union summit. A scenario where there is a fresh breakthrough on Brexit talks could significantly boost buying sentiment towards the British Pound. Away from Brexit, investors will keep a close eye on the pending UK inflation reading which is expected to show CPI cooling to 2.4% in August. Although an upside surprise could support the Pound and expectations of further monetary tightening, Brexit developments may force the Bank of England to stand still. If economic conditions continue to improve and wage growth respects a positive trajectory, the central bank could be poised to act with higher UK interest rates after Britain divorces the European Union in March 2019.

In the currency markets, the Euro edged slightly higher during early trade amid Dollar weakness. The EURUSD has traded within a wide range for the past few weeks with support at 1.1550 and resistance at 1.1800. With quantitative easing in Europe coming to an end this year and the ECB unlikely to raise interest rates until summer 2019, the Euro seems to be on autopilot. All eyes will be on Mario Draghi in Berlin this afternoon, as he discusses the future of economic policy in the Euro Zone. The EURUSD has scope to appreciate towards 1.1730 if Draghi expresses optimism over the health of the European economy.

Elsewhere, Oil prices were steady on Wednesday morning despite an unexpected climb in U.S. Crude stockpiles stimulating oversupply concerns. Oil markets could turn volatile and unpredictable as investors tussle with the conflicting fundamental themes. While geopolitical risk factors in the form of looming U.S. sanctions on Iran have pushed prices higher, rising global oil supply and trade tensions have somewhat limited upside gains. In regards to the technical picture, WTI Crude could appreciate towards $70.76 in the near term if bulls can secure a daily close above $70.00.